Couldn't think of anything else for the title.

How this (might) work is I take over a team in a game (similar to FM) and you 1FF people vote on what I do, if we get enough votes. For the team to take control of, you can post suggestions and vote for suggestions others have posted.

Can we vote to sack you if you fuck it up?
U

I went ahead and played the match against Chelsea and lost 3-0.

Just to let you guys know, the ratings in this game are very high. Currently my best players are 77-78 rated.

Also, the default Portsmouth formation is a simple 4-4-2.

I could list more, but I'll just go with that for now. Vote by replying to the thread or PMing me. When we get 5 votes, I'll buy whoever has the most.

You can also vote to not buy anyone.
U

Portsmouth are such a boring club to do. Do a challenging team like Exeter or York.

Because of "popular" demand and nobody voting, we're restarting, now with York.

Transfer targets are the same, but we have a budget of 656k.

Let me know who you want me to buy.

I'm just going to play this and comment on the seasons, because of lack of interest and I'm bored. 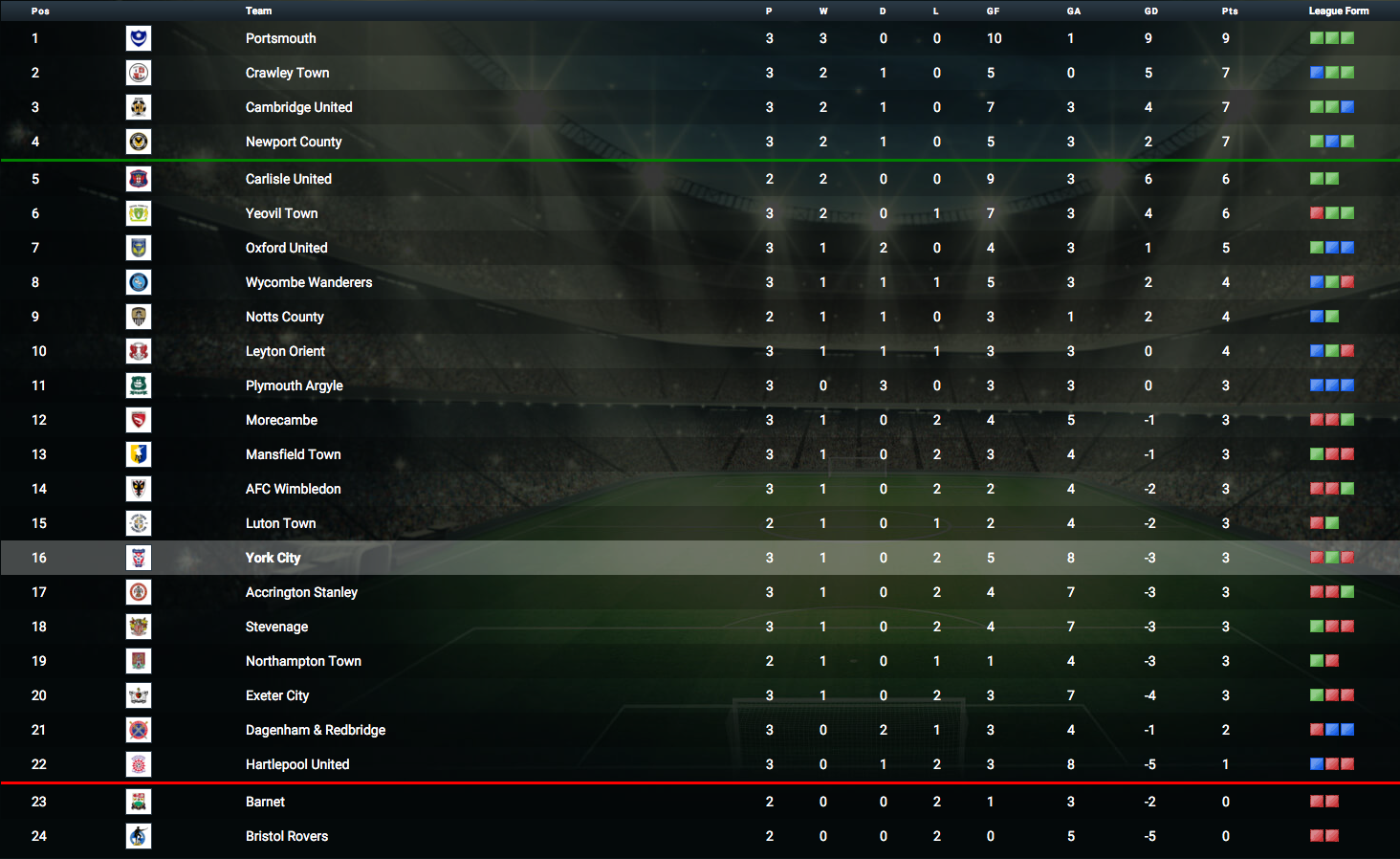 All bids rejected except for the Belgian forward.
Another bid:
Hull forward (82 rated)
Last edited: Jun 4, 2016

Hull forward Adama Diomande has become the first 80+ rated player in our club.

Two debuts today, Diomande and Vanzo, the Turkish forward. We're switching to a 433 and the team looks like this:

Just realized that in this game it's the top four that get promoted, no playoffs.

You need to do it in blocks then update us, match by match is way too slow

UTS said:
You need to do it in blocks then update us, match by match is way too slow
Click to expand...

It's more specific. Do you prefer it in big blocks or the way I'm doing?

We've drawn Manchester City for the third round of the League Cup, uh oh.