This is meqnt tlking about multiple clubs and matchdays 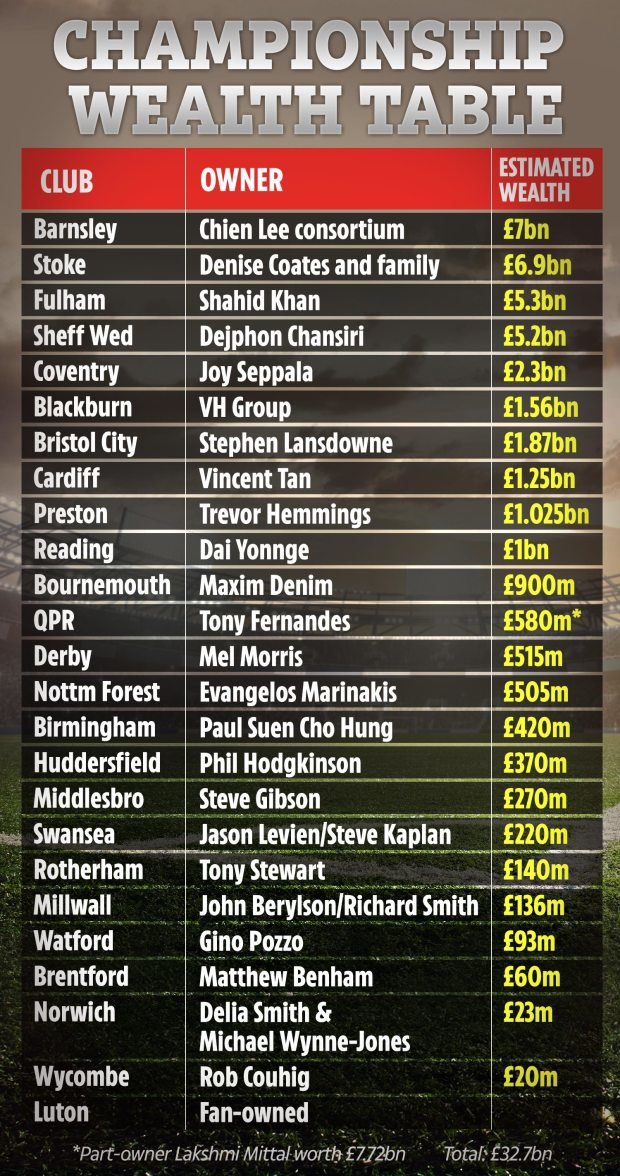 Not really sure of where else this could go, but I just thought this was rather interesting, though obviously compiled before the play-off final. Some teams massively underachieving here, while Brentford's impressive season last year and our general "success" of the last few years is really highlighed here.

Wow didn’t realise we were literally the only club without a money man.

Only thing is just because the owner is wealthy doesn’t mean they are necessarily piling that wealth into the footbal club. No way Barnsley are having A fraction of that 7billion spent on them whereas Benham seems fully invested, literally and figuratively in Brentford.

There is more chance of me getting a date with Kelly Brook than Wycombe staying up.

Good to see money coming in the sport due to billionaire owners but not sure what would be the long-term effects. I hope they don't run it like just another business.
E

How does a fan owned club operate? Who manages funds and pays players etc?

Some passing statistics from the season so far. With our penchant for possession-based passing football, it's probably not too surprising to see us have more players than any other team represented in those two lists (though let's just gloss over the fact that Rupp and Skipp are probably mostly there for sideways/backwards passes).

Given the kind of statistics Buendia was coming up with in our awful Prem campaign last season (if I'm remembering right, only four players in the entire league created more chances than he did), I'm not too surprised to see him comfortably at the top in terms of "key passes". I am pleased for him, though, as he's arguably not been fully with it mentally until the last few games because of all the transfer speculation around him, so really he's only going to get better from here hopefully. At the very least, he'll once again be absolutely essential for us if we are to secure a return to the top flight.

Ledson's improvement over the last 7 or 8 months has been massive.

A year ago I would have happily seen him released on a free, now it's hard to see him dropping out of the first eleven.