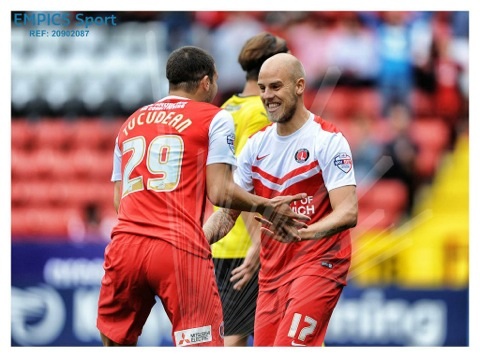 Saddlerrad said:
Good win for Charlton this, I have been impressed with their performance so far this season. Do you believe there is the realistic chance to make a fist at promotion?
Click to expand...

I think if we keep up our performances and get a top quality striker we can get a playoff place. Already beaten derby Wigan and Watford and drawn to Brighton away. Compared to last year it's a dream. Hard game against wolves but I think we can steal a win.
Last edited: Sep 14, 2014

HertsWolf said:
This. I'm voting no, tbh.
Click to expand...

OK I'm kind of on the fence, but still probably a No

markwwfc1992 said:
What happened to Igor Vetokele? He was quite the player a few years ago.
Click to expand...

On loan to St Truiden unsurprisingly.

Bobbin' said:
As for the play-offs, we’re currently 6th so no reason we can’t make them.
Click to expand...

Still think one of Portsmouth/Plymouth/Peterborough would get there ahead of you.