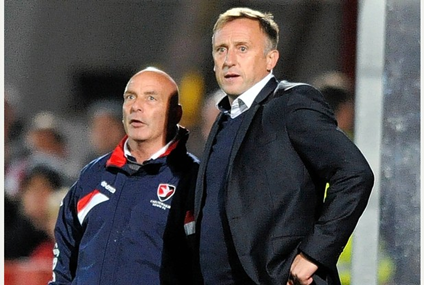 It has been confirmed that Cheltenham have parted company with manager Mark Yates following 4 straight defeats losing heavily to Plymouth (3-0), Stevenage (5-1) and Wycombe (4-1) and also a 1-0 defeat against York. This sees the end of Yates' near 5 year spell with the club.

Yates reached the play-off final once with The Robins but they were defeated by Crewe. Cheltenham chairman Paul Baker said,

I can’t fault Mark, who may look back and decide he could have done things better. It’s the first time he has had this experience, but I am sure he will learn from it. He can rightly put himself up there with the most successful managers at this club.
Click to expand...

The club’s decision to part company with manager Mark Yates was the hardest of his 17 years as chairman.
Click to expand...

He is our first choice and we are delighted he has accepted our offer and we look forward to introducing him to the press on Thursday and to the fans on Saturday for the home match against Oxford United.
Click to expand...

Names like Paul Buckle, Gary Waddock and James Beattie have been mentioned for the position.