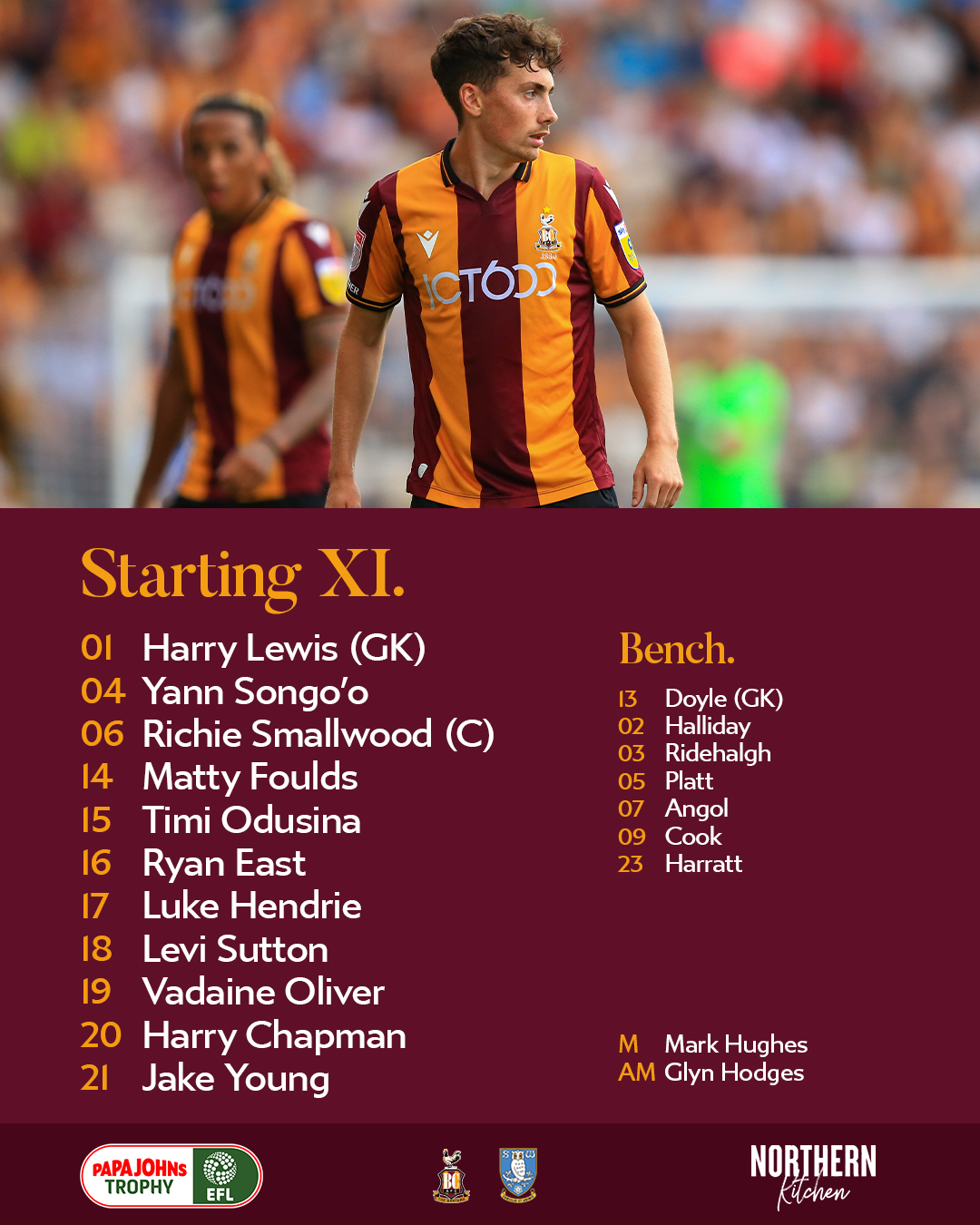 First minutes for Timi, Foulds, and Hendrie. Despite a few changes, it's still a decent team for this competition. No idea how strong Wednesday's team is.

I forgot this was on, several changes for us with two attacking midfielders upfront looking at the team?

We've picked the weakest team we can possibly pick, short of sticking our third-choice keeper outfield (as Cooper did last year). Pointless reserve team friendly, and the best we can hope for is no injuries, and £10k for scabbing a win.

I'm off out so will not be following the game.

Does this really need a thread, thought nobody cared about it, forgot we were playing till I just looked at Twitter

Glad we’re not taking this now farcical premier league b team trophy serious. All I hope from the game is no injuries.

Used to love this trophy. Hate what it’s become.

Shite competition to be in, but we are actually leading in a game, I’m putting the lottery on.

Couldn’t give a shite. Much needed minutes for players who are yet to feature.

Think the Wednesday team is fairly strong - could be wrong. 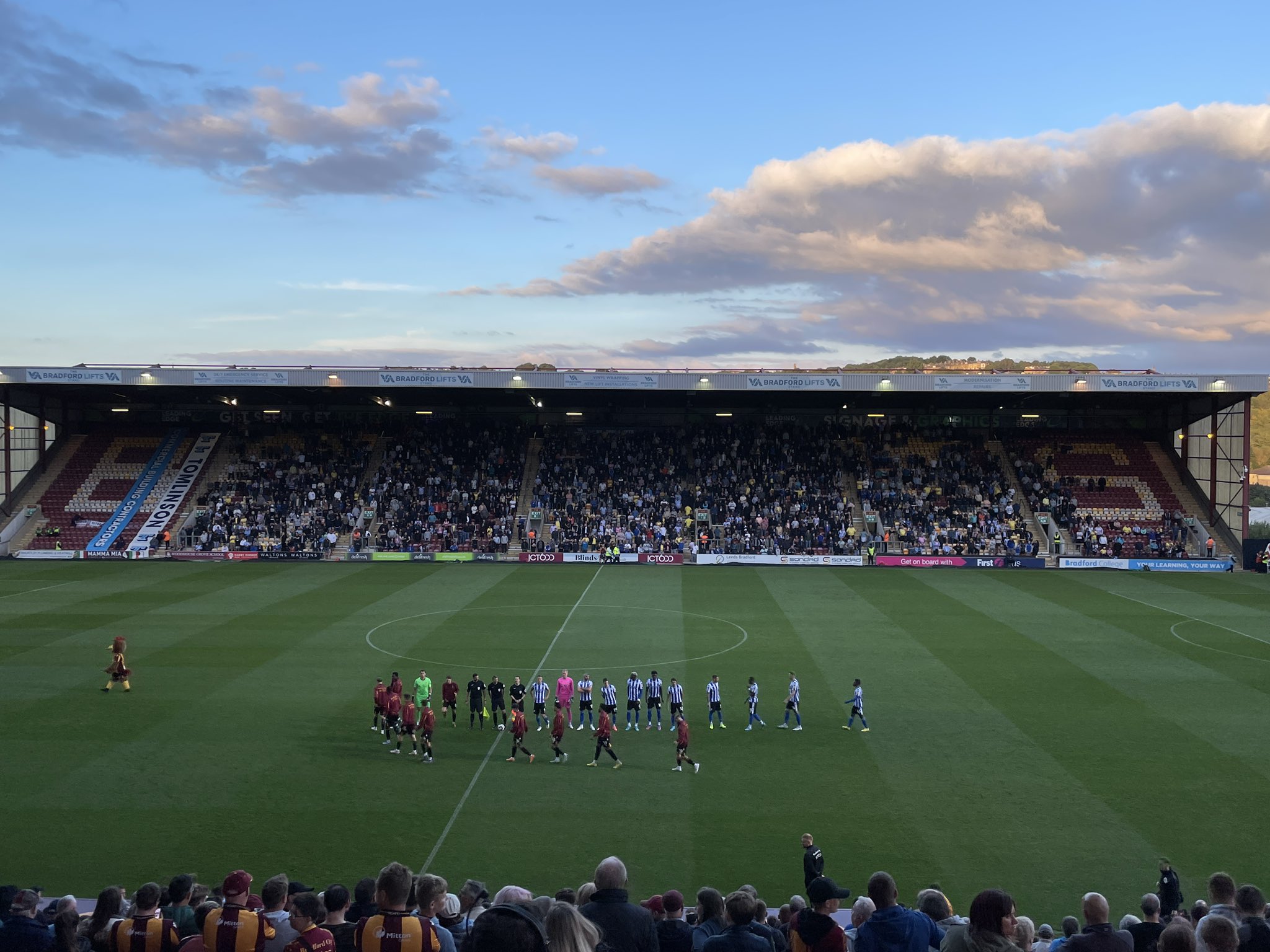 Optimistic Poolie said:
Shite competition to be in, but we are actually leading in a game, I’m putting the lottery on.
Click to expand...

We just need a win at this point before the toxicity fully takes over.

F!RTHY said:
Couldn’t give a shite. Much needed minutes for players who are yet to feature.

Think the Wednesday team is fairly strong - could be wrong.

That looks a disappointingly high away following from Wednesday.

hellogregory said:
That looks a disappointingly high away following from Wednesday.
Click to expand...

We’ve made just the 11 changes away at Oxford who are playing most of their first team. 1-0 down already - hurrah!

Bit disappointed by Wednesday thus far. If they stayed on their feet, they might get into the game. Mind you, they probably don’t need to - fall over in the box and you’ve a free shot at goal via a pen.

Bit disappointed by Wednesday thus far. If they stayed on their feet, they might get into the game. Mind you, they probably don’t need to - fall over in the box and you’ve a free shot at goal via a pen.
Click to expand...

Ref has given them absolutely everything so far. I'd be raging about the penalty if it was a league game. Jake Young's goal was excellent.

If I had to pick one game to get a tonking in it would’ve been this one.

We won, thank fuck for that, it’s actually possible.

First win for Hartley, albeit in a dog shite cup, need to build some confidence now.

Chief Rocka said:
First win for Hartley, albeit in a dog shite cup, need to build some confidence now.
Click to expand...

If Crawford doesn’t keep his place in the team now it’s a disgrace.

Optimistic Poolie said:
If Crawford doesn’t keep his place in the team now it’s a disgrace.
Click to expand...

Beat Wednesday 3-1. Double from Jake Young and Kian Harratt with our third. First win in this historic competition since 2017.

Fully deserved that. Made 7 changes - fringe lads did good. Back four have never played together, but they weren’t tested.

Young has to start at the weekend in place of Angol. Impressed with Timi and Songo’o at the back, they’re not going to dislodge Platt and Critchlow.

Ref must be gutted Wednesday lost that.

Feel a little dirty that I sat down and paid a tenner to watch this on iFollow whilst also treating myself to a takeaway. Scum.

I watched Accy and Dale play out an entertaining 3-3 draw on I-player. Decent but goalless first half, Accy got two quickly after half time, Dale had a purple patch for 15 minutes after the hour mark and went 3-2 up, then Tyrese Sinclair followed in his dad's footsteps by getting an oggy in stoppage time to give Accy a point (to be fair, he stuck out a foot to stop a pass reaching a forward who would/should have scored if he had got the ball).

Think I love him.

We made 11 changes, Oxford made only 4. The first 30mins the game could've been over, they totally outplayed us.

We managed to create a number of chances ourselves this evening to give the scoreline some credability but didn't take them.

Conceded from 3 set plays, made an awful blunder for the 5th and Brannagans second for Oxford was well taken and worked from 25 yards to be fair.

Game honestly could've ended up 9-4. Oxford were miles ahead of us though, as they should be given they played a strong starting XI and we've just literally played all our back up team with eleven changes. Wellens not interested in the cups it seems.

Sounds like our manager isn’t too happy with some aspects of our performance tonight.

Didn’t see the game to comment but assuming it was bad then that’ll now be 3 really poor performances in a row.

City were very quick and technical and did not head the ball once in the game. Anybody thought they were playing 5 a side rules.

Just need to beat GY in next game to progress to knock out stages.

Umerah is out for Saturday so he'll be in if Hartley's lass locks away the tombola set.

Saw the first half and while the game had the intensity of a snail on pilgrimage to Mecca it was good to get a win. Ndjoli right place at right time for both goals, Niang played the role of a tinpot Claude Makalele very well, Wes McDonald again showing he has something to offer. Was the right call (for once) to play a strong side

It was good to see how shit Harrogate were, got me dizzy thinking it's possible over the season there might be 2 worse teams than us.

Apparently our u21 team beat Newcastle u21’s on pens. The good thing was that Jon Taylor played his first 45 minutes since last November. Now we just have to wait and see what injury he picked up and how long he will be out for
Last edited: Aug 31, 2022
You must log in or register to reply here.
Share:
Facebook Twitter Reddit Pinterest Tumblr WhatsApp Email Share Link