Huddersfield Town vs Brentford- The Preview 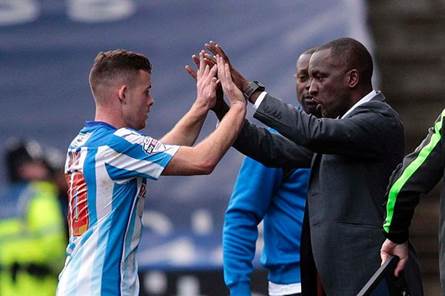 Harry Bunn- Likely to be missing for Chris Powell's side.

Huddersfield and Brentford meet at The Galpharm Stadium on the 6th December at 3pm in a match which sees the two sides compete for the first time since 2012 when the two teams were in League One.

Huddersfield's Joel Lynch has been rated as 50/50 for this match; Lynch will be facing a late fitness test before tomorrow's fixture. If Lynch cannot play then The Terriers may replace him with Anthony Gerrard or captain Lee Peltier. Sean Scannell also faces a late fitness test for Chris Powell's men but Harry Bunn is a certainty to be out.

This will be The Bees first match since Mark Warburton and Andre Gray won the Championship monthly awards. Brentford are likely to make no changes to their starting 11 following a decent run of form, Marcus Tebar will be missing for The Bees though. If Mark Warburton does decide to make any changes to his Brentford side it is likely that Jota will return to Midfield after impressing when he has come off of the bench recently: but it is likely to remain the same team.