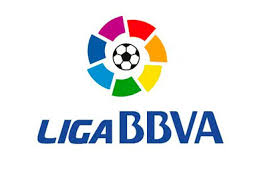 Season 2015/16 in Spain appears to be a really exciting tournament with a powerful bunch of squads fighting for the title. The usual suspects, Real Madrid and Barcelona, will be joined by other excellent challengers as Atletico Madrid, Valencia, Sevilla and Athletic Bilbao for conquering the championship and their european competitions.

In the domestic league Barcelona will be the team to beat after winning the triplet last year (La Liga, Copa del Rey and Champions league). Luis Enrique has a challenge ahead of him to try to keep the good performance of the squad that will depend mostly on Messi’s physical shape. However that wouldn’t be the biggest difficulty that he can find as club’s elections will take place in July and next president could be elected from the following list of candidates: Laporta, Bartomeu, Benedito, Majó and Freixa. Last president (Bartomeu) has a number of judicial issues still pending in regard to the financial engineering put in place for Neymar’s sign. On top of this regeneration of the high spheres other name like Abidal (ex-player for the “culés”) could come back if Laporta gets the power. Most of the players though will remain in the team (i.e. Alves that renewed before Copa America) and some others like Kondogbia (Monaco), Pogba (Juventus), Verratti (PSG) and Gerson (Fluminense) could arrive. One thing is sure: if Messi continues performing as for the last 6 months will win next golden ball trophy.

Another side with great betting rates is Real Madrid. Since Florentino Perez started his second reign over the “merengues” this is the forth manager in the last six seasons (and 9 during his twelve years of presidency). Therefore the stability in Madrid bench is a rare bird. However Benitez has an extensive knowledge of the white house (notwithstanding he was an amateur player and assistant manager with Del Bosque) and will have a top team available where “fireproof” Ronaldo, “Cardiff express” Bale and Modric (returning after a blank year) will try to lead Chamartin’s crew to the league and “La undecima” consecution. However not everything in Benitez’s to-do list has been accomplished yet. The new coach asked the president to sign a destructive and physical midfielder (Pogba, Verratti, Kondogbia in between others) and a right winger (although initially Bale is intended to act as a winger and others could be moved to this position). In addition another forward like Aguero (Manchester City), Icardi (Internazionale) or Alvaro Morata (Juventus) could arrive what would provoke Benzema’s exit to Arsenal or Manchester United, club that is more than likely to sell De Gea to “Los blancos”. Happening this “Chicharito” Hernandez and Iker Casillas has all the odds to leave, the second one after 25 years in the club. Rafael Varane is being probed by Manchester United. One thing is sure: with Benitez, Real’s defensive system will improve and players like Pepe and Ramos (both of them still pending for contract renewal) will be key figures. If others like Isco and Kross are fit this season (likely to happen with the European Championship on sight) then Real has a more than decent chance to win it all.

As a third alternative for the spanish trials we have three other sides as Atletico Madrid, Valencia and Sevilla. All of them in a different situation and motivation for next season:

Simeone’s guys want to do something big again and they have hired Jackson Martinez (Porto), maybe one of the best 9s in Europe and Vietto (Villarreal) both of them young players with experience in international competitions. Loaned fielders as Oliver (Porto) and Alderweireld (Southnampton) will return. The skeleton of the team is maintained (Oblak, Juanfran, Godin, Koke, etc) and after a year where the only target was to get directly qualified for Champions League (they were third) the gang has to go one step beyond like in season 2013/14 and conquer a title. However Mandzukic won’t be with them this year as he was transferred to Juventus.

After Peter Lim (President) and Espirito Santo (Manager) took charge of the team the “Ché” have won some stability and have conformed a competitive group with no stars or top footballers but with a well defined system (and a strong defense) and some emerging idols as Paco Alcacer and Otamendi. This last one could be sold after hiring the services of Joao Cancelo, André Gomes and Rodrigo Caio (the transfer of all belonging to Peter Lim) for 100M euros. Amadeo Salvo, governor of the club, could have some difficulties to continue as owner of the club has publicly discredit his name via the transfers mentioned previously. On top of this situation they have to play the previous round to qualify for playing Champions. Turia’s waters fall troubled and some political issues (and dismissal) are likely to happen.

The most valuable sign for this year has been the continuity of their manager for the last 3 years, Unai Emery. From his hand and know-how they have conquered the last two editions of the Europa league defeating teams like Benfica (2013/14) or Dnipro (2014/2015). As a consequence they have qualified this year to play Champions League without playing previous round. The last time Sevilla played Champions League was in season 2007/8 and they got disqualified by Fenerbahce in last 16 so they will be really eager to get further this year. In order to reach this goal they have signed players like Kakuta (Chelsea) or Krohn-Dehli (Celta) and also others like Araujo (UD Las Palmas) have been linked to Nervion. Nevertheless they have lost (in between others) Aleix Vidal to Barcelona and possibly Bacca who could leave for Milano. It will be a difficult year at Sanchez Pizjuan due to the number of exigent games but Unai is an expert about planning the physical aspect of the team as we confirmed in previous occasions.

In regard to the new teams in first division we have three historicals: Betis, Sporting and Las Palmas.

They have reached top division after a brilliant year under the management of Pepe Mel that came back to the team once his english journey with the “baggies” was finished. Ruben Castro became one of the top scorers (30 goals) of second division this year even if he had some legal issues and he was bravely seconded by Jorge Molina (19 goals). They have signed Van der Vaart (returning to Spanish competition from Hamburgo), Petros (Corinthians), Kadir (Marseille) and Portillo (Malaga), ex-member of Real Madrid what guarantees loads of glorious afternoons at Benito Villamarin stadium. However they are called to struggle to remain in BBVA league at the end of the season because of their budget and staff.

This side comes back to the place where it naturally belongs after 3 years relegated (2011/12 – 2014/15). “Pitu” Abelardo has joined a group of players mainly coming from the ranks of the club like Guerrero, Carlos or Sergio Alvarez as the institution policy applies and formed a rocky, tough team difficult to beat. However in a league with an annual spend of 559M € in 2014/15 they will be competing against Granada, Levante, Elche, Betis, Las Palmas and Deportivo La Coruña.

The “amarillos” has returned to the highest league after two years playing playoffs. They lost the first attempt against Almeria (2012/13) and second try versus Cordoba (2013/14) but the third time playing versus Zaragoza they reached their goal. The last time they got relegated was in 2002 and they come back after 13 years of patient waiting where they have overcome economic issues like the credit raised by Caja Mediterraneo in 2005/6 that brought the financial salvation. Las Palmas has served in the top division for 31 seasons in total and players like Turu Flores and Valeron have been part of its history. Recently Araujo (loaned by Boca Juniors) has been acquired for 2.5M euros while Sevilla (Bacca has signed a preliminary contract with Milano) and Barcelona could be interested in hiring his services.


It would be interesting to follow the evolution of Athletic Bilbao (managed by Ernesto Valverde), Villareal (Marcelino Toral) and Getafe (Fran Escribá), trained by coaches with a really interesting profile adding extensive experience (although it is only the second round for Fran Escribá) and strong tempers. All of these teams are intended to reach Europa league’s positions.