It's the South vs the West this Friday night, as the Sky cameras arrive at the sold out New York Stadium to broadcast this enthralling Yorkshire derby between Championship new-boys Rotherham United, and a Leeds United side adapting to life under the recent managerial appointment of Darko Milanic. With Rotherham and Leeds spending the majority of their time at opposite ends of the football pyramid, fixtures between the two have been uncommon, and the most recent meeting between the two was 6 years ago, with the Millers romping to a 4-2 victory in the Football League Trophy. Things have been steadily improving for the South Yorkshire club this season, with a 2-0 victory over Blackburn and a hard-earned 1-1 draw away at table toppers Norwich coming just before the international break. Leeds on the other hand haven't had too much to shout about lately in terms of results. New manager Darko Milanic is still awaiting his first win since taking over at Elland Road, only claiming 2 points from a possible 9, scoring just the 1 goal in the process. They come into this electrifying away fixture on the back of a 1-1 draw in another Yorkshire derby, against Sheffield Wednesday.

If there was one player that both sets of fans were to have their eyes on, it would most likely be Luciano Becchio. The Argentine is a huge Leeds' fans favorite, scoring 75 goals in 190 league appearances for The Whites, and was a summer transfer window acquisition for Rotherham, who signed him on a season long loan at the last minute from Norwich City. However, the striker confirmed this week that he had broken his ankle, and faced a spell on the sidelines for up to 3 months, gatecrashing his Leeds reunion. This leaves Steve Evans pondering over who to select in his place, with lively striker Paul Taylor being able to play on the right wing if needed. Speedy striker Jonson Clarke-Harris may well be the answer, but Alex Revell, the Millers' Wembley hero, is certain to give Bellusci some problems. At the other end, Doukara, who has 4 goals to his name, is very likely to start, with veteran Billy Sharp on hand if needed. Rotherham will be relying on the "Iceman" Kari Arnason to quell this danger, but with Monday night's 2-0 European qualifier win over Holland marking the likes of Robben and van Persie, there's a chance he may have tired legs.

I think Friday nights tasty encounter will produce a fantastic atmosphere for those viewing at the ground or on TV, as Yorkshire derbies tend to do. I would expect a few goals, but if any of the sides recent scoring form is anything to go by, it almost definitely won't be goals galore. However with some very hardworking and gritty performances from Rotherham lately, they seem to finally be carving out the results they deserve. Alternatively, Leeds have lacked finishing quality, only managing to net once under Milanic. It would be more likely to see a Rotherham win regarding their performances, but I wouldn't be surprised to see a score draw after 90 minutes either. A Leeds win definitely isn't out of the question either. No matter the result, it should be an enjoyable night for both sets of fans.


What are your match predictions? 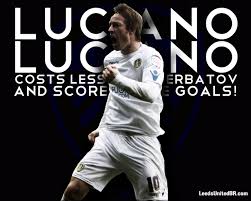 Rotherham United Vs Leeds United
Friday night will see a clash of two Yorkshire sides who haven't met in the league since 2005 where this fixture saw Rotherham run out 1-0 victors. The head to head stats in the league have shown however that both clubs share the spoils and the win rate is fairly 50-50.

Rotherham go into this game unbeaten in their last two games, with two great results, a draw against former premiership side Norwich and a win over promotion pushing Blackburn. But football is about results and the home record only shows two wins and a draw at home in the league so fans will be hoping recent performances continue and improve this statistic.

But lets not get carried away as Leeds Utd have only picked up four points away from home coming in the form of a win and a draw. So this result is far from settled looking at past results from both sides. But Leeds will be no push over as they go into this game being beaten only once in their last seven games. Most recently a 1-1 draw at home against another Yorkshire rival Sheff Wed, where in fairness if not for a man of the match performance from Westwood Leeds would have claimed all three points.

This game will be a tight and hard fought affair with the result going either way, but it looks likely it could be a game that has its South American connections most talked about.
Former cult Leeds favourite Becciho would have surely been the danger man but an unfortunate and untimely injury in training sees the hit-man from Argentina miss the game. Fans from Leeds will be sad not to see the striker but also grateful he doesn't line up against them as well. On the other hand Rotherham fans will feel sick as a parrot.
One South American player who could however have a say on Fridays result is Brazilian play maker Adryan of Leeds Utd. Yet to make his long awaited debut, Milanic has quickly come forward to state he will be most likely in the match day squad but plays down the talk of high expectations. Hoping to remove the pressure of an instant impact. But this will not stop fans hoping the Flamengo star shines.

Rotherham with out Becciho will turn to Clarke-Harris and Revell to fill the void. Kari Arnason is available after returning injury free after two strong outings with Iceland, helping his national side to two clean sheets and an impressive display against the Dutch. The Millers will hope he will continue this form into the derby game.

Leeds Utd have no fresh injury worries and having several players pushing for recalls and a starting place. Darko Milanic has stated that Warnock will be travelling the short trip south and Adryan is in his match day thoughts but hasn't decided if he is ready to feature from kick off. One player who is ready to be included in the starting eleven is Billy Sharp who is desperate to receive the nod.

The game will see a great atmosphere and a battle in the middle of the park with both sides knowing how to park the bus. Fans will be hoping for a goal fest but recent showings from both sides indicates this could be a very low and close scoreline. Bookies will be sure a score draw looks most likely but after a useful international break for Darko Milanic with his new team could see him recording his first win in charge of Leeds.