I'm a Tranmere fan, as advised in my profile. I'm wanting to find out more information with regards to the football teams we will be facing next season. I've browsed through threads and noticed the 'Boreham Wood/Eastleigh' most hated fans?? I have no idea why. That's the kind of information i'd like to find out.

Also, how do you see Tranmere next season? Are we going to struggle or will be win the league etc etc.

Any opinions/info will be great.

You'll understand why when you find your way back to the league is blocked by a hobby club run on an Oxford fan's millions and supported by Southampton fans who can't be arsed to travel to support their own team when they're playing away from home.

Boreham Wood are a tiny club who's fans are just boreham wood locals who support the likes of Tottenham, Arsenal, Watford etc in reality. They don't care in the slightest about the game whenever we play them personally, group of around 40 of them staring at us the whole game wanting a fight the last time we played them.

Eastleigh are also a small but bankrolled club who have 17 strikers 2 defenders and 1 midfielder, they pay ridiculous amounts to players of a club of their size. As an example we had 2 center backs move up the ranks to league clubs after the end of the season yet our player of the season Josh Payne switched over to Eastleigh due to the giant wages.

Forest Green fall under the same category regards to financial support for their small village team. Nailsworth has a population of 5704 yet millions gets pumped in to their club. I wouldn't go to Forest Green if you love a burger made of meat (veggie twats)

Halifax... well most people on here dislike them due to BT2F Everyone i've met at a Halifax game has been really friendly to be honest.

Woking... when we start playing well we get mouthy on here and call everyone shit.

Other than that I think most of the Grudges are personal, you'll find a couple along the way guaranteed.

This year other than the relegated two, Grimsby, Wrexham, Eastleigh will be looking to do well, everything else is probably in the balance.

Worst teams... I guess Boreham Wood won't do great, don't know anything about Guiseley. Welling are a shit hoofball team who might struggle to stay up, Southport may struggle too.

Best... I like the away end at Aldershot, that's it though. Halifax and Wrexham have huge grounds but never come close to filling them. Plainmoor at Torquay is a nice ground also.

Worst... Welling is a shithole, Gateshead is an athletics track, Boreham wood's ground is shit

Grimsby always travel well and make a noise. Aldershot seem to have a decent atmosphere, might change when they play others though. Most don't travel well to our place or sing much tbh.

Braintree don't travel at all and never sing, same to Southport when we play them. FGR fans are mainly old people or really young kids, really strange when they came to us this past season when our only competition for a sing off was 10-14 year olds.

Generally as above - Barrow are bankrolled as well by a Barrow born Dallas based millionaire, but as an ex-league club (joined in 1921 with Tranmere) they are not in tiny/small category - and have a "proper" ground

Guiseley will probably do better than most expect as they try to play football and pick up players from Yorkshire league clubs.

add Guiseley to the list of not great grounds.

Forest Green don't have any fans... or none that travel much
most of the ex-league clubs have passionate fans
If Barrow start well then Holker Street will be a very Intimidating place for visiting teams (especially in midweek games) - partly because most of the southern softie fans won't travel this far in numbers, (only joking southerners... it's a long long way to Barrow). We travel quite well - we took 700 down to Lowestoft last day of last Season - expect 1,000+ to visit Tranmere if we are going well.

Likeable must vary from person to person. I like Grimsby, having them around and the two wins they gave us. They're a good laugh and all proper. I like Woking because they go about doing things right in a silent way. Aldershot, Dover, lots of perfectly likeable teams. I really like Halifax Town as well, such a beauty of a team and boy they have this one fan who's really handsome and sophisticated.

Dislikeable. Eastleigh. You'll figure out why. Forest Green. Once were a good Conference staple, but are now one of the most disproportionately bankrolled sides you'll ever find. I love how all their food's vegan because it makes a nice change for me to be able to eat at a football ground, but to tell the truth it's not good scran. You'll find people are more likely to have a pop at tea hut food not containing corpses than if FGR charged £50 to get in. Then Altrincham seriously lack any charm, and Gateshead's unpleasant because they also have a money man, and one of the worst grounds going although I've got time for their fans.

That's for us to find out!

I really like the grounds at this level in general. Usually big enough to give you that special match day feeling, usually have terracing, usually have plenty of character and aren't as spoilt by the worst of post-Taylor Report planning. Tranmere's is glaringly big for this level and seeing minus seven FGR fans in the Cowshed will be a shock for you, but at least you get your home numbers in.

It's easier to run through the bad grounds at this level really. First up is Gateshead which is diabolical for distance from the pitch, and good luck creating any atmosphere with that gazebo roof. Second worst must be Eastleigh's, which is a panic build that originally comprised just this little elevated main stand, but they now have a cheapo behemoth with stanchions behind one goal, and terraces elsewhere which are decent I suppose. It's just got this horrid B&Q look. Then I've watched the game from every stand at Altrincham and none of them offer an adequate view. Guiseley's will be the biggest culture shock due to their hard standing over most of the ground; I think they're the only team in this league that have it. It's a tidy place but very "modern non-league", with seater stands that look like you could fold them up and carry them off, shipping container "VIP suites" and garden shed terracing. Their clubhouse is really good however, but you probably won't be allowed in anymore! I kinda like them all the same.

Grimsby and Wrectum take a few. In the non-league there are certainly fewer games where away fans make it into a big day out. It's more routine driven and you can give good guesses of away attendance 98% of the time by seeing a club's previous efforts and working that proportionally to distance travelled. I can credit any fan who shows up though, it's the obtuse and fickle ones that are painful. Some even believe that insane, basement dwelling cartoon characters named after popular '80s sci-fi cinema are representative of an entire fanbase.

Pliny Harris said:
I really like Halifax Town as well, such a beauty of a team and boy they have this one fan who's really handsome and sophisticated.[/QUOTE
Click to expand... 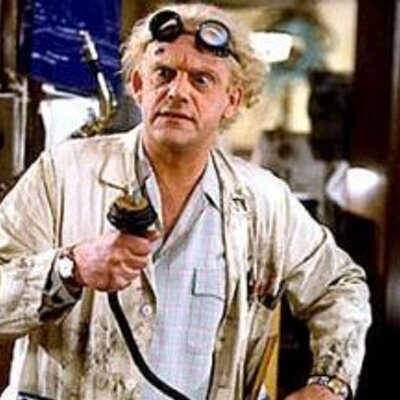 chipmunx said:
Forest Green don't have any fans... or none that travel much.
Click to expand...

Even at home their not much cop. The match day experience I had there last season made it the wierdest away day I've ever known, and I've been to Macclesfield.

chipmunx said:
most of the ex-league clubs have passionate fans.
Click to expand...

Of course we do, we're proper football clubs.

Supports
Torquay United, The Angels and the REAL Brotherhood

Most likeable fans are undoubtedly my own lot. You’ll not see any trouble at Plainmoor regardless of the opposition. You’ll be given a decent stand/terrace to show your vociferous support. We’ll make you welcome in Boots ‘n Laces and we’ve been known to even let a couple of teams win so they go home even happier! You’ll also enjoy the atmosphere at Aldershot as long as they give you the whole away section and not just the ‘side-on’ bit.

Hated fans. Not sure about the word ‘hated’ but, like all clubs at all levels (with us being the exception) all teams have their percentage of neanderthals but you’ll find most fans at your new level very welcoming and passionate about the game.

Plainmoor has been re-vamped over previous years and is amongst the better of the non-league grounds you’ll visit this coming season. But, then it is a matter of choice. It all depends what you perceive to be a ‘decent’ gound.

Worst ground (for me) has to be Park View Road, home of Welling United. The whole place needs to be raized to the ground and re-built. Plus, the burgers were gut-wrenchingly awful!

…and finally, how will Tranmere do? … You’re in for a bit of a culture shock! The football will be a lot different to what you've been used to in the League. Expect it to be more physical... in fact, expect it to be A LOT more physical! You'll enjoy getting drubbed 1-5 at home by Braintree (oh, hold on, no, that's just us... and it wasn't very 'enjoyable'). I'd take a punt at you finishing in the play-offs if you've kept the majority of your squad from last season... the last thing you'll need in this league is putting a new squad together and hoping that they gel quickly.
You must log in or register to reply here.
Share:
Facebook Twitter Reddit Pinterest Tumblr WhatsApp Email Share Link