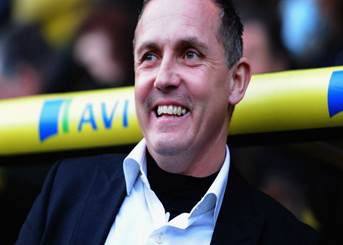 It has been announced that Paul Buckle has been appointed the new manager of Cheltenham Town on a 12 month rolling contract following the sacking of Mark Yates yesterday.

Buckle returns to manager after a near two year absence from management. Buckle formerly has managed Torquay, Luton and Bristol Rovers; these experiences make Buckle familiar to this level. Buckle has been working as a Technical Director in the USA for the previous years.

Things have moved very quickly. I had other offers in the States, when I made my mind up to go back into management, but after speaking to the chairman this job moved right to the top of the list.
Click to expand...

Buckle also stated that The Robins Chairman Paul Baker was enthusiastic and that the club is a good family club.

Buckle's first game in charge will be on Saturday against Michael Appleton's Oxford United at home so Buckle will be hoping to make an instant impression in front of the home supporters.