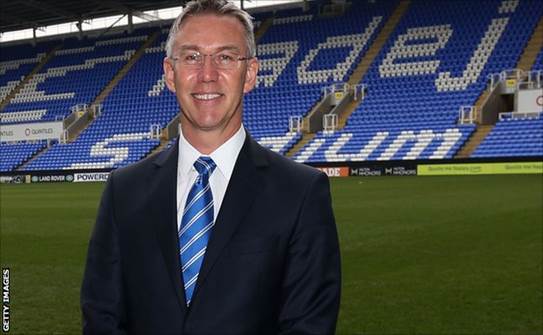 It has been announced that Reading have sacked Nigel Adkins as their manager ending a spell that lasted a year and a half.

Adkins joined Reading during the 2012-13 season replacing Brian McDermott after he was sacked by Southampton earlier that season. Nigel Adkins had a 36.25% win record with The Royals winning 29 of his 80 matches in charge of the club.

Reading are yet to make an announcement on Adkins. His last match in charge at Reading was a 6-1 defeat to Birmingham City Saturday following a bad run of form. Assistant Andy Crosby and First Team coach Dean Wilkins have also left Reading.

Following his sacking Adkins tweeted this.

Currently, names such as Steve Clarke, Rene Meulensteen, Uwe Rosler and Mark Cooper are some of the favourites to replace Adkins as manager. So who do you think Reading will replace Adkins with? Did Nigel Adkins deserve to be sacked? Please vote and leave feedback.
You must log in or register to reply here.
Share:
Facebook Twitter Reddit Pinterest Tumblr WhatsApp Email Share Link