Cardiff City today appointed Russell Slade as the replacement for Ole Gunnar Solskjaer. The 53 year-old was finally given the title of Cardiff boss today after weeks of speculation linking him to the helm. Slade left his job with Leyton Orient after being heavily linked with the job, by the press and continued interest from owner Vincent Tan.
You wouldn't be the only person thinking this appointment was a risk, with this being Slade's first ever job in the second teir of English football, but Vincent Tan obviously trusts the new man to turn the Bluebirds fortunes and boost them up the league table. Tan admitted that this appointment was chosen by himself, and had ignored those who had helped select ex-manager Solskjaer.
Russell's first game in charge will be after the international break, when the Bluebirds host inform Nottingham Forest, the side that Slade supported as a youngster. And Cardiff, not currently playing to the best of their abilities, will need to come back from the national break and start performing to expectations. An objective that Slade will want to get going as soon as he can.
So as a new era begins under Russell Slade, City fans will be hoping he can hit the ground running and make their way up the table. 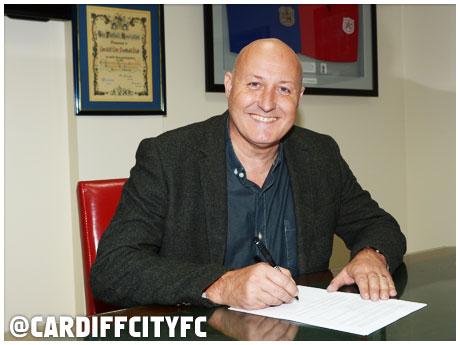