Two fantastic home wins last week so no doubt we will lose this one, Winnall isn't back yet is he?

We've not won at your gaff since 1978. We've lost our last 7 away. We scraped a win over a very poor Crewe side at the weekend. Away banker then

Winnall hasn't started a game since mid-November and I've given up hope of ever seeing him do so again tbh. Every week for about the last 6 weeks we've been told he could be fit to start and then when the game comes he's had another set back. He won't be involved on Tuesday.

Went down to get my ticket today, checked our box office website to see how many we'd sold and let's just say the away end won't be full . . .

Although we could really do with winning, given our current form I'd be more than happy with a point.

Just got a feeling we're gonna lose this one, we played pretty poorly on Saturday so we need to quickly turn that around.

Our players look quite fatigued too as we've been playing consecutive Saturday, Tuesday games and we carry on to do so, hopefully it doesn't affect them too much.

If I was in your position I'd be wary as well, but only because we've been pretty generous over the years to clubs on horrendous runs.

Will Madden be up front tomorrow? He was the best player on the pitch at Oakwell in December or whenever it was. I remember some of your fans saying he was by far your more important striker after we'd signed Winnall. Whilst Sam's been terrific for us, I can see why Madden was held in such high regard.

Madden plays out on the wing now, Taylor was up front against you earlier in the season. He will play on the wing tomorrow with either Van Veen or Hopper as the striker. That is unless Robins decides to go 4-4-2 for the first time ever.

I personally always preferred Madden to Winnall, Winnall was a great finisher for us but that was about it really. Madden has a lot more to his game imo, the fact he has 15 goals from the wing this season is pretty great. I was quite glad when we sold Winnall as it meant it would allow Madden more to flourish, they played up front together and spent more of the game arguing than actually trying to score last season. Ironically, Madden moved out wide meaning Winnall would actually have been ok up front.

Sam Winnall confirmed as being out with a hamstring injury tonight. 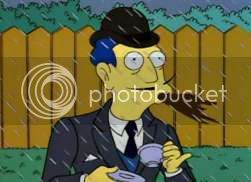 Least surprising news ever. Looks like it will be two from Waring, Lita and Hemmings up front. Again. Kill me.

Still the same hamstring injury he got when we played?

A recurrence of that one. Frustrating as hell, as we've had absolutely no goal threat since then. He managed a couple of sub appearances before the recurrence at Swindon and created more by himself in that time than Lita and Hemmings have most of this season.

Not a great game but a fantastic result for us all things considered. Thought Scunny edged the first half and created the better chances, we had plenty of shots but they were all wayward or straight down the keeper's throat. Second half we were gifted a goal out of nothing, which was still a great finish from Scowen. After M'voto was sent off we had chances to kill the game but never really looked troubled at the back, which made an unexpected and refreshing change. Was sat there convinced we were going to balls it up in tragic fashion in the last minute.

Thought Madden was your best player by a mile but was kept quiet after the first 20 odd minutes, Scowen by far our best player although no-one had a poor game.