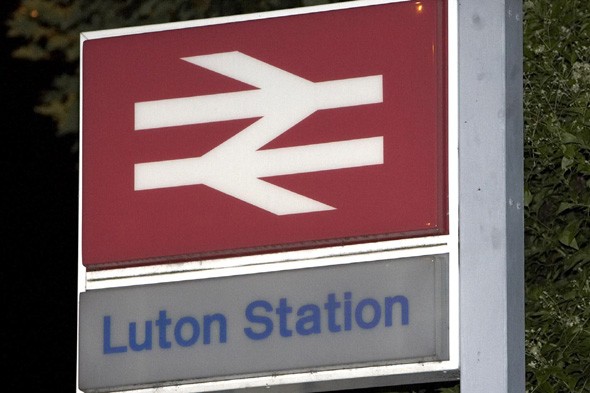 "The Luton train" pulls into creepy Crawley station on Saturday on its stop/start journey up the league ...must keep on track for play off position....jury out on still's ability to keep stoking the fire.
Last edited: Oct 13, 2015

Good name for the thread ....it might go over some people's head though !

it was the pilot thread though...

I see , keep up the good work , nice to see you are preforming your duty free of charge !
D

We're flying at the moment.

Crawley have started to take off though.

Luton have gone through turbulence and should maintain a steady altitude

Your all ( complimentary ) nuts !!

Truly, they have wafted in from paradise.
Nah! Lu'on Airpor'.

A lot has changed for both sides in a short time. I recall the last time we played Luton in a league game was in our Conference promotion season. I only saw the one at Crawley - a 1-1 draw. Of the games I saw (mostly home games), Luton were the only team that outplayed us all season. However, it didn't matter too much by then as we clinched promotion the previous week.
We are on our third team since then. The money went and the players followed; who can blame them as it's a short career?

Doubt this will be as easy for Luton as many probably think as Crawley beat Leyton Orient 3-2 last week. Crawley 1 Luton 1.

There's only going to be Three or four games where I actually fancy US to win and this ain't one of them.

CMS will rip our defence a new chocolate star and Luton will toddler of back on the Thameslink with all three points.

good result for improving creepy,another rollercoaster ride for us!!

Football is an funny old game.
I honestly think we are a poor team but we have managed two good home wins and now have won three out of four.
I may have to accept I don't know what I'm talking about!

Apparently the Crawley commentator described us as "good players, shit team"... sounds about bang on.

I've no idea how we managed to lose that yesterday. We were absolutely cruising at half time, thinking that this would be 2-0, 3-0, 4-0 by the end of the game, with the momentum. The second half performance was embarrassing, and although I'm not normally one to condone booing and such like, it was fully deserved at the end.

On debut, albeit he's never played nor trained with the team, Sean Long looked a fish out of water. It was like we were playing with only 3 defenders yesterday.
D

That was a bit of a crash landing.

(Are we still doing puns?)

it was plane to see that we must stop winging it and have an exit plan to stop others who might runway from us.we will need to navigate through these dark clouds and hope still can propeller us onto a higher level,where we need to spitfire and keep clear of hurricanes so that we can fly past the other Fokkers.
Ps...I've spoken to mrs shmidt and she agrees
Last edited: Oct 18, 2015
D