Bowler going to Forest for £4m and then being loaned to Olympiakos. That's nice, he carries Shitpool.

Jesus. Forest gone Stark Staring Bonkers. Will be broke af and in L1 in no time.

They're minted, just haven't been able to show it because of Championship FFP. £4m is like buying a Freddo for them.

Three players out on a season long loan to add to the three who were already out before today. Of course they will each have January recalls available.

BelizeHatter said:
Seems a little odd an in demand foreign (as in not a local lad with community, family and loyalty to the Club who nurtured him) player would want to stay with you rather than go to Everton, Newcastle Villa etc in the Prem? Why would that be? Fishy.
Click to expand...

Well we didn’t accept any offers for Pedro and Sarr had a deal lined up with Villa lined up .

Probably leave in January or if not next summer .

Must admit thought they might kick up a fuss so credit to them for not doing so - in public anyway .

Sarr probably just wants to be playing up till the World Cup and perform well there to boost interest.
Last edited: Sep 1, 2022

SF_ said:
Bowler going to Forest for £4m and then being loaned to Olympiakos. That's nice, he carries Shitpool.
Click to expand...

Sounds like a FFP fiddle again to me.
B

Marinakis owns both Forest and Olympiacos

Kenneth E End said:
Three players out on a season long loan to add to the three who were already out before today. Of course they will each have January recalls available.

We suddenly have a couple of spaces in the 25 to fill…
Click to expand...

Not much rumours about for us despite this, but I’d be hoping for a centre half and maybe another midfield player to fill those 2 spots, ideally left footers for both but seems unlikely at this stage
B

That Fat Centre Half said:
Marinakis owns both Forest and Olympiacos
Click to expand...

SF_ said:
Bowler going to Forest for £4m and then being loaned to Olympiakos. That's nice, he carries Shitpool.
Click to expand...

Bowler is an excellent Championship player, but he's not PL standard. I guess Forest are parking him in Greece until they're back down here next season.

BarrieOwl said:
I get that but how would this particular transfer have any effect on ffp
Click to expand...

That he can route monies through one company which helps the other.

BarrieOwl said:
I get that but how would this particular transfer have any effect on ffp
Click to expand...

Helps Olympiacos I assume rather than the other way around. Or perhaps they will pay some inflated “loan fee” as a way of injecting some cash to fund this splurge. So many ways it’s provides an advantage. I assume there will be some quid pro quo going on on future transfers for Forest as well as you often see with the Watford/Udinese connection. Sometimes it’s Watford getting the help, sometimes Udinese to help keep the books balanced for both.

Seems to be done then, no movement inwards for us. Thought with 3 going out on loan today we might bring one in at least as we had the "slots" available but seems not.

Think we are a centre half light at the moment, missing a left sided centre half to play in the 3. Potts ok there, Bradley not mobile enough to do it despite being a left sided player. Not a huge deal i dont think but an injury there and it looks a little sus.

I’m very surprised that we’ve left ourselves a bit short and let three go out today and not replaced either in the 25. In reality we are playing with 23 now, considering our heavy activity in the market this summer.

Sure Sheffield U don’t want this uncertainty around a key player . 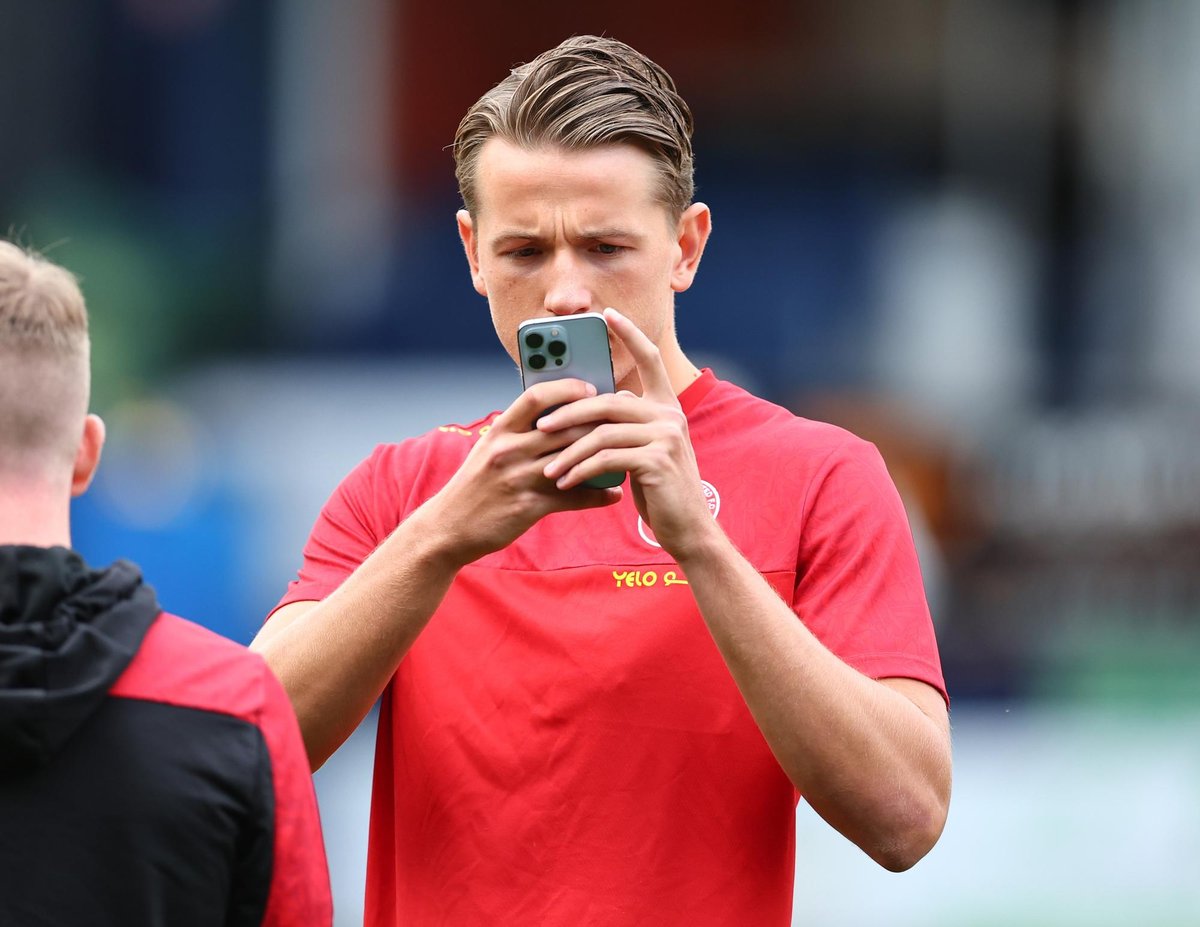 Sander Berge remained a Sheffield United player past tonight’s 11pm transfer deadline – but the Blades are not necessarily out of the woods in terms of the Norwegian’s immediate future.

Kenneth E End said:
I’m very surprised that we’ve left ourselves a bit short and let three go out today and not replaced either in the 25. In reality we are playing with 23 now, considering our heavy activity in the market this summer.
Click to expand...

Agree, especially as the squad got seriously stretched at times last season. We’ve a centre half less than last season where we had a game of playing only fullbacks in a back 5! I wonder if there are any free agents about, we dipped into that market after the window last season with Thorpe and Snodgrass

No ins (unsurprising), no outs (very surprising Wiles, Barlaser and Ogbene all expected to have suitors).

So a good last day on the whole except sad to see REG go to Wigan, he was great for us last season.
S

Edmonds Green and Anthony Scully from Lincoln our two deadline day deals. No idea on the fee for Scully but he had less than a year left so won't have been very much. Tried for Adam Reach but he turned us down, I'm guessing to stay on a much fatter wage at West Brom.

Biggest surprise of the window, despite being told by the Egyptian media that we were signing half of their league's players, none of them came to fruition. Shocker!

SMH said:
Edmonds Green and Anthony Scully from Lincoln our two deadline day deals. No idea on the fee for Scully but he had less than a year left so won't have been very much. Tried for Adam Reach but he turned us down, I'm guessing to stay on a much fatter wage at West Brom.

Biggest surprise of the window, despite being told by the Egyptian media that we were signing half of their league's players, none of them came to fruition. Shocker!
Click to expand...

Not sure what isn't very much for Wigan but we sold Edun, a LB, to Blackburn this time last year for around £400k-£500k IIRC who also had a year left on his deal, and attackers always have a premium.

I think his lack of explosive pace will be his downfall for continued Championship football. He's not especially slow but he doesn't get into foot races with full backs or be able to take anyone on really. Excellent work rate, technique and finishing though. Loves cutting inside onto his right foot.

A fan favourite here, you'll not find one Lincoln fan who doesn't want him to do well.

This game from last season sums him up - involved in all 5 goals:

I see Blackpool used the Bowler money to get Callum Wright in on a permanent from Leicester, think that will prove a good signing for them given his really good loans last season with Cheltenham, on a KDH like track it feels to me.

Was one we were linked with very early in the window and i thought might be one that looked likely with our positive experiences with Leicester on other deals.

How do you rate your clubs transfer window ?

Give us a C - we have kept 2 very key and excellent players of course and potentially got some good loan players in Davis and Hause .

But didn’t get a natural right wing back in and are still a little short in depth/quality for some areas.

Edwards might have to tinker with his preferred 3 at the back formation.

If all keep fit and perform well we will be promotion contenders but a few injuries will harm us .

Really hard to say, i feel like im slightly less enthused than other Town fans because i really felt we needed a young midfield player who can impact the first 11 to compliment what we have in that area, and we needed to add a centre half with us losing Naismith and didnt do either of those things. Personally i think we went a bit too all in on forward players (early days but i personally would have done without Woodrow and having either a quality Midfield or CB addition in his stead) and players who arent likely to impact things - like Watson, McAtee, Pepple although they are slightly different type signings. Spending actual real money on Macey, baffling.

Having said that i like a lot of what we did, Horvath looks a good upgrade, Morris and Freeman have added quality, Doughty i liked the look of in pre-season and adds an attacking outlet on the left which we lacked last season and a few of the fringe players like Muskwe, CMG, Neufville, Thorpe have got loans which i think was needed. Think we are perhaps a body short if injuries hit, definitely in defence and maybe in central midfield too but theres a big break for the World Cup so might be fine with that.

Equally important we kept hold of some big assets, Adebayo not been at hsi best yet but is quality, Campbell, Bree all big players and still around. Thats a big win for me as they are the players we need to build around.

Overall I think a B from my point of view but i suspect that a lot of our fans will be significantly higher on it than that which i accept is a fair view.

Im an A++. Bang on job by 2020. We are miles stronger in every dept except LCH where we have adequate cover unless theres a freak 20 yr injury storm.

We are bottom 2 Club in size and budget. We are Top 1 in heart and ambition. We have a SQUAD, not just a first eleven, who can attack a promotion spot. We broke our transfer record fee. We have an amazing attack with depth. We have a tenacious strong midfield that is built on our style of grit and determination. A solid defence that perhaps has some deficiencies when up against some if the world's best (yes we are in a top five league in all Europe). Our bench is full of starters and players who come on throught the pitch and really impact or can step in for injuries and suspensions without a drop in standard. Our left at home, not in the Match day squad is too. Our development squad is stonger. We have two handfuls of promising youngsters out on loan hopefully playing regularly and developing further in the lower Leagues.

The futures is bright. Its Orange.
We are Luton Town.
COYRRH

Rather flopped at us but then probably means he’ll play well for Wigan ..

If they can get Rose fit .

Move on the past it Evans & Maguire in January and bring in two lower league plodders on half their wage. Won't strengthen or weaken us, the Ridsdale master plan.

Michael Hector is training with the first team at the open training session today.