Based on nothing but optimism i think we will get our first win of the season. 2-1 win.

Yeah, I think it'll be a Reading win as well. Could imagine Brentford are low on confidence at the minute.

Reading have taken the most shots and conceded the fewest so far this season, so their results don't seem to have matched performances. I also think this is a good opportunity for them to get their first win.

2-0 at half time, we've been terrible, could have been 3 or 4 were it not for Button making some great saves, and the crossbar.

We've made Reading look good, our midfield is entirely anonymous. Same defensive problems as last season, but none of the attacking intent.

Can't really blame the management, we've lost a ridiculous number of players to transfers and injuries, but it's not a situation I see improving quickly unfortunately.

3-1 at the end. We were much improved in the second half as Reading sat back, we could have nicked a point but in the end they deserved it.

Got to say the referee was terrible though, couldn't give Reading free kicks quickly enough. The one they scored their second from was appalling, their player stands on the ball with CB nowhere near, and he pulls it up as a foul.
T

Brentford looking as though they could be in trouble this season.
T

Came back into it in the second half, should have made it 2-2. Had all the possession, territory and attempts on goal, but the ref just didn't have a grip on the game. Reading were time wasting from the 30th minute - I don't really have a problem with Reading doing so, all teams do and I've seen us do it enough, but the ref needs to get a hold of the game if it's the case. He simply bottled it, and I was actually concerned I was going to have an aneurysm by the end of the game as I was screaming at him so much

Reading destroyed us in the first half - were clinical, quick and well organised. I'd be livid with Clarke if I was a Reading fan as their second half tactics changed from effective, fluid football to being "stop playing football, stop passing, time waste and roll around on the floor." If they'd had carried on the way they started it would have been 4-0 or 5-0. Instead, similar to our Ipswich opener, they allowed us back into it and I wouldn't have been surprised if the second half possession stats would have been 75% in our favour. We came close, but couldn't get it over the line unfortunately.

We're still massively depleted through injuries but I saw enough to be encouraged. On another note, we've conceded the first goal in all of our 5 games so far, going 2-0 in 3 of them! Positively, Dijkhuizen does well to change things up and the changes impact the game well. Hey ho, international break before I head up to Elland Road for the first time - looking forward to it , and also to having a wave at Uwe

TractorBoys said:
Brentford looking as though they could be in trouble this season.
Click to expand...

I think we'll be fine, enough to keep our heads above water, but the squad is so depleted I don't think we can hope for too much more. We've lost nearly every creative or attacking player from last year to injury or transfer. You could see today Judge was having to do several people's jobs.

Confident with a couple more in, and players back from injury in December (mainly Jota and MacEachran) we'll be in much better nick.

Not hard to see why we are struggling a bit...

Yeah that was really shit. The midfield was awful, what with transfers out and injuries we are looking really weak there at the moment. Big improvements required from us but well done to Reading.

Cracking performance especially in the first half. The best first half performance since Clarke has been in charge. Should have scored more than just the 2 goals. Second half we sat off them a bit although it was a cracking goal from Vibe. Thankfully after that we slowed the game down. The whole team played well but motm was Blackman who has been outstanding all season. Seems to have a lot of confidence. Hopefully he can sustain it over the whole season. As for the ref way too card happy.

Just need to bring another striker in and we could well get into the playoffs.
Last edited: Aug 29, 2015

Sat in the home end, had to keep quiet which was frustrating! Top performance and great bounce in the away end for the penalty.

Just a shame that if more of our results had matched our performances (as they did in this game) we would probably be top. Leeds home game aside we've dominated the rest of the games. We give the opposition so little at the moment. Very confident going into even away games against good teams like Brenford that we won't concede 2 or more unless we're insanely unlucky.

Won a bit on a Vibe anytime scorer too, so even happier.

Didn't Reading nearly sign Vibe in January? He was one positive to come from yesterday, looked really good second half when he was in his correct position and scored an excellent goal.

We bid £1.3m but they wanted £2m at the time. Then continued scouting him towards the end of last season and decided he wouldn't be good enough for our style. At least not for £1m+.

Always the case where a player you choose not to sign will score against you. 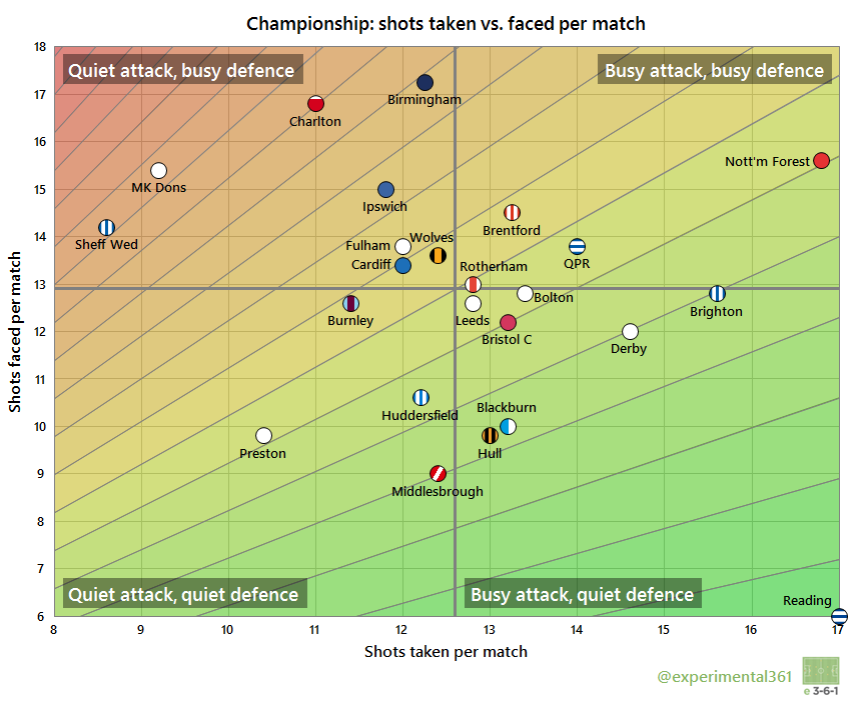 They should place that in the Nags Head to really get the fans going.

The Southbank said:
They should place that in the Nags Head to really get the fans going.
Click to expand...

I'v just printed off about 30 copies of it and i am now puting them on street lights, fences around Ascot. Joking aside it is good to see how solid we have looked so far.
Last edited: Aug 31, 2015

The Southbank said:
Sat in the home end, had to keep quiet which was frustrating! Top performance and great bounce in the away end for the penalty.
Click to expand...

Is that you at 04:40 into the video or a different Reading fan in the Brentford end?

Is that you at 04:40 into the video or a different Reading fan in the Brentford end?
Click to expand...