Palace are good. Smart goal by Sako. He looks a brilliant signing.
A

Palace are a very good team but deary me Chelsea are in trouble.

Bolasie misses tap in for 2-0.

Thank fuck for that.

What an earth is going on haha.

Mourinho has sounded like he's lost the plot for the entire season so far, maybe pressure has just got to him abit at the moment.
A

They got Swanned first game if the season, takes some getting over when you get Swanned so it does.

BigDaveCUFC said:
Mourinho has sounded like he's lost the plot for the entire season so far, maybe pressure has just got to him abit at the moment.
Click to expand...

His success and reputation stem from his ability to have his team sit deep and defend. When his team can't defend very well and have to show attacking impetus, they're in trouble.

Plus he struggles against managers whose last name begins with P.

No wonder BarnetBee didn't fancy caring about this season.

true, but he's been completely deluded this season.

don't usually watch alot of prem football, but seen their first 2 games as i was at Gym they got outplayed by Swansea yet he claimed swansea has next to no chances, then buried by man city and he claimed they deserved something from game.....then today his interviews seem to blame penalties and sending offs.

yet from what i've seen the other sides have been better in their play, chances and performance.

What a shocking and embarrassing game! How is Ivanovic still getting into the team ffs! We played like a pub team.

Mourinho: "I blame myself not to change one of them, because I kept him in the game for 90 minutes."

Not sure who he means. I didn't see the game.

Now you know where they are, you might want to send someone up there to see how to score goals and win matches.

Has Moyes taken over at the Bridge?

Mourinho usually lasts about 3 seasons and then the fans throw him out. 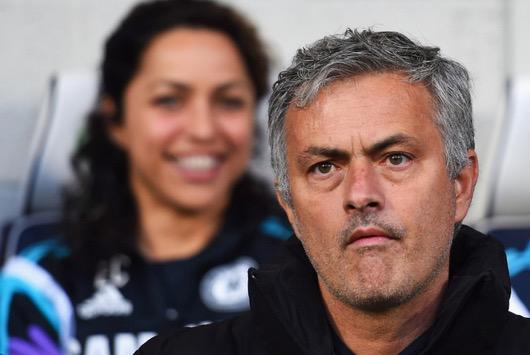 Like I said a couple of weeks ago, Wenger has ruined Jose. We've looked shit so far this season but at least we're not already out of the title.

You were never in it, let's be honest.

Pardew is so getting the England job after the Euros next summer.

SC49 said:
Like I said a couple of weeks ago, Wenger has ruined Jose. We've looked shit so far this season but at least we're not already out of the title.
Click to expand...

And just how has Wenger ruined Jose? They beat them once in the community shield, but i don't think that's the reason Chelsea have started so poorly...

What a player Sako is. Enjoy him while you can Palace fans he'll be playing for a Champions League side soon enough.