Big game, should be an incredible game. Can Spurs send a warning shot to the top European teams with a win? The only English team to win away at Dortmund was Arsenal.

Good luck to them.

In before Dave reckons Dortmund will absolutely obliterate Spurs.

I would like to see Spurs stay in this competition, so best of luck to Poch and the boys.

Hope Spurs win but can't see them winning tbh. League should be their priority. Maybe that is why Spurs have decided to rest some players (or maybe picked up some injuries?).

1-0 Dortmund, Spurs have been defending well but it was only a matter of time.

Best thing Mike Ashley ever did, passing up on Aubameyang for £15mill. Dodged a bullet there.

This commentary is giving me diabetes.

Another dagger to the heart of our coefficient ranking this. Terrible from Poch I am afraid. Dont like Savage at all but totally agree with him on this one.

DarkSithLord said:
Another dagger to the heart of our coefficient ranking this. Terrible from Poch I am afraid. Dont like Savage at all but totally agree with him on this one.
Click to expand...

The fact that "Dortmund are out-spursing Spurs"?

Whitechapel said:
The fact that "Dortmund are out-spursing Spurs"?
Click to expand...

Nah dont agree with on that.

I am referring to how Poch is wrong to not play his strongest XI? Its only a 1 hour flight and its fucking Villa for crying out loud at the weekend! This side would beat Villa no problem.

Poch is getting what he deserved now I am afraid.

Spurs need to KNOW THEIR PLACE. It's not as though the Europa League should be BENEATH THEM.

Not English football's finest night by any means, but I can understand it. Spurs want the title.

Having said that, it would now be very, VERY funny if they fell out of the Champions League spots.

I was waiting for MC to pop up!

I was waiting for MC to pop up!
Click to expand...

yeah, i was so nervous all the time during the game if the spurs scores or not and short after it was clear they wouldnt i took my ipad and came over here

mente captus said:
yeah, i was so nervous all the time during the game if the spurs scores or not and short after it was clear they wouldnt i took my ipad and came over here
Click to expand...

JimJams said:
Best thing Mike Ashley ever did, passing up on Aubameyang for £15mill. Dodged a bullet there.
Click to expand...

wut? this is a thing that didn't happen. much as i'd like to take any opportunity to bash jabba, we tried to sign him, outbid the other clubs involved, and aubameyang rejected us for lower pay at dortmund. st etienne wanted to sell him to us and he refused the move.

even if we did get him pardew would have given him the gouffran treatment and decided his pace made him an excellent "hardworking midfielder".

Don't understand why people are confused with Poch's selection tactics, he's got it spot on. Yes they could have played a full strength team tonight and rested players against Villa and gotten decent results in both. But do they need a lengthy Europa League run distracting their title challenge? Yes, I know Dortmund are able to manage both, but then they don't have the competition that Spurs have for 4th, let alone the title race. It'll be them chasing Bayern again next season, just like it always is. But are Spurs going to get a better chance at winning the title than they have now? Chelsea and City will be back big time next season. Man U might get a managerial upgrade, Liverpool could be back in the mix. Spurs might not get another shot at winning the title for years. They have to take this chance now and their best chance is by getting knocked out of the EL. I mean, its not even nailed on that they'll finish in the top 4 and get a CL spot. They are absolutely right to concentrate on the league and the league only.

Nah, they need to accept that plucky lil Leicester have STOLEN OUR HEARTS. Their objective for the remainder of the season is to find a hilarious way to finish fifth - I'm sure someone can oblige with some DODGY LASAGNAS if they're struggling on this front

Somebody will do very well to beat this Dortmund side.

Spurs could have not asked for a harder tie.

Of course Villa are the only English club to ever rest players in the Europa tho right. :hesk:

Super_horns said:
Somebody will do very well to beat this Dortmund side.

Spurs could have not asked for a harder tie.
Click to expand...

Arsenal beat a superior one when Lewy was in their team. 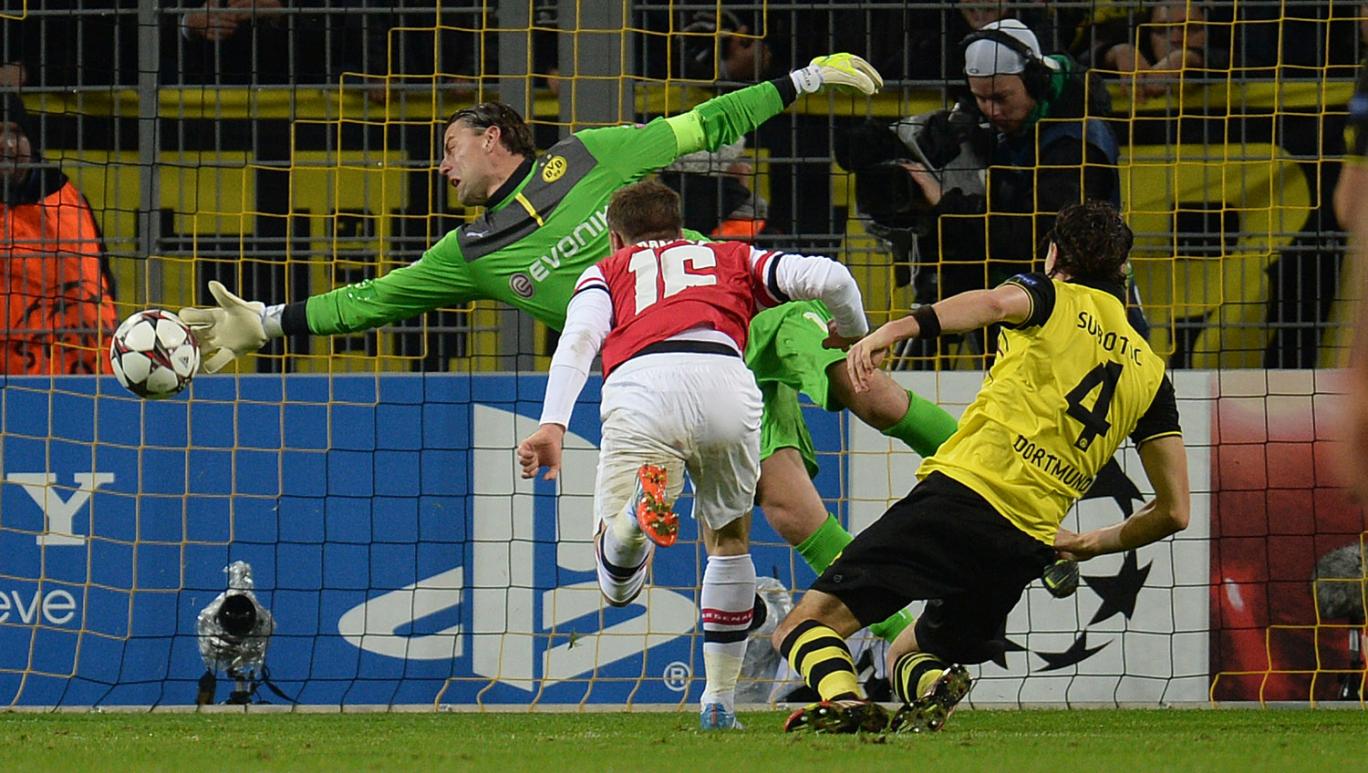 It's clear Spurs is focusing on EPL but a bit of effort in Europa League wouldn't be bad. Dortmund is a very organizated and good team and they showed it well in the match. On the other hand Tottenham with a mixed team suffered a lot, hope they change their posture for the return game because BVB is one step from the next phase and they won't ease.