From out of the Darko and a step towards the lights of the Premiership? 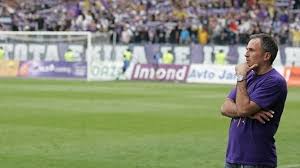 Darko Milanic wastes no time this morning as he takes his first training session at Thorp Arch meeting his new team, while the ink on his two year contract still dries.

Most managers come into a new club during a season hoping to pick them up and return the team back to winning ways but this is not the case at Leeds. Milanic has been past on a side full of confidence and team spirit after a job well done by Leeds favourite and new blue eyed boy Neil Redfearn. After a poor start to the season the Hockaday blues were quickly wiped away by Massimo Cellino and Leeds started again.

Redfearn took up the reigns and the results began to flow. What also flowed were the goals and the football. Maybe it was just bad timing for Dave Hockaday and the team needed time to gel, but more likely it was the calming influence and the manner of Redfearn that brought about a new look. Either way the shape of the side is now in a better form than it was.

So now Milanic has a different pressure of finding his first win, but not because Leeds are low and feeling defeated but because the run of fine form must continue to keep the faithful on his side. Fans at Leeds Utd have been given a glimpse of football that has been missed at Elland Road since the days of the Champions League and those dizzy European nights. So now that Leeds have a feeling of winning, scoring, attacking and sexy football again which is pleasing on the eye they will surely not want it to disappear again.

Will the Peacock be shaking its tail feathers come May or will we as Leeds fans be scratching our heads earlier than this as Cellino's axe cuts down another 'Coach'?

I'm hoping not, Lets back Donnie Darko to show us the way forwards. Marching on Together.
Last edited: Sep 23, 2014