Hatters Vs The Chairboys at the Prostate Cancer UK Stadium

For those who don't know, he club have renamed the Kenny for this one game to support the Prostate Cancer UK charity, a worthy cause if a little jarring at first!

As eveyone knows we are on a bit of a shocking run at the moment, we badly need to stop the run of defeats and to stop feeling sorry for ourselves. No doubt we've been unfortunate with numerous things during this poor run but important heads don't drop any further than they have. Especially as we are somehow unbelievably, still in the playoffs (this league really is crap).

I'm a bit undecided about what we should do here, tinker yet again with the formation or stick with a settled side for the first time in a long while?

I'm almost tempted to advocate the dreaded 352, to get whoever plays up top, the support they need whilst still keeping an extra man in midfield. Plus with Griffiths out it sort of makes sense at least in my mind as Jake is never a left back.

Wycombe have been superb, especially away from home this year and with this being on TV I can't say in going in with any expectation whatsoever.

I don't think there's any preconceptions from the Wycombe side, apparently we haven't won on a Tuesday night for 3 years or some such.

Really f@@ked off I can't make it for work reasons but oh well. It really is anyone's game though, something like 3rd best home record v best away. We'll see.

Nice touch that with the name... I fancy Luton to go up via Wembley, that would just about be the perfect end to a great couple of years, and no less than you deserve after you were all but thrown out of the League....

thewwfc said:
I don't think there's any preconceptions from the Wycombe side, apparently we haven't won on a Tuesday night for 3 years or some such.

Really f@@ked off I can't make it for work reasons but oh well. It really is anyone's game though, something like 3rd best home record v best away. We'll see.
Click to expand...

On the other hand we have the worst recent form in the league at present, and are absolutely shite on TV at all times (although I gather you are as well). Maybe we'll both lose...

Am certainly not what you would call Lutons biggest fan, but that is a real decent thing to do, had my mum die of cancer(obv not prostate) so to highlight it is a very good thing to do. Well in

thewwfc said:
I don't think there's any preconceptions from the Wycombe side, apparently we haven't won on a Tuesday night for 3 years or some such.

Really f@@ked off I can't make it for work reasons but oh well. It really is anyone's game though, something like 3rd best home record v best away. We'll see.
Click to expand...

That's only at home though nolt away and with only 1 defeat on the road all season there's no reson we can't get 3 points. Jombati and Ephraim are missing but we have cover with Yenneris and Saunders. 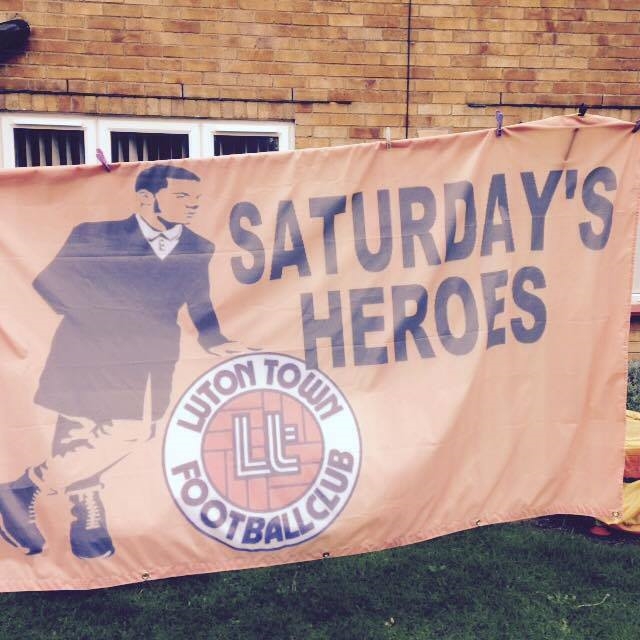 Going to endure the game tonight in the hope that I see a similar result to the last time I saw Luton on TV.

As much as I am enjoying their end of season collapse it can't be denied that they have still done very well this season.

Is there any news on the new stadium, I can't see you ever coming fully back until you're out of the Dog Kennel, it's been holding the club back for years.

You Orns said:
Is there any news on the new stadium, I can't see you ever coming fully back until you're out of the Dog Kennel, it's been holding the club back for years.
Click to expand...

Lots of stuff going on behind the scenes supposedly, it's been talked about a lot in recent months and our owners have said real progress is being made. But I'll believe it when I'm sat in it and not a second before. Our owners have basically admitted they can't self-finance it so need investment/an enabling development/massive assistance from the council/all of the above from somewhere. The fact that we can't even sell the Kenny to raise funds doesn't exactly help.

Any result other than a Wycombe win will do !
No particular like or dislike of either club, just that either a draw or a Luton win is the best result for the Albion.
Will be watching on Sky.

If luton go up, they cannot get away with having Mcnulty at the back. He'll get torn a new one every single week at that level.

Got some fight in them now, good stuff. That's better. Come on Luton!

Well that was an entertaining half, always good to se Luton concede 3 in 30 minuites but fair play to them fighting back, with their form they really could have crumbled after the third.

I've only seen the second half but there's not a lot of quality on show....
T

Second half has calmed down after a hectic first half. Wycombe's third was a very good goal.

Well happy with that.

Delighted. To be fair Lee did very well for LTFC (wonder if Saunders had been told to take him out by Ainsworth near the end) but I thought we hoofed it when we needed to, but played football where we needed to also.

Same old story for us during this poor run, general sloppiness and individual mistakes. Whole defence was shocking first half, Wilkinson in particular, not sure what he was thinking most of the half let alone for the penalty and arguably could have conceded another.

As with all the other poor results we actually did some good things, Lee and Benson where both excellent but if you play that poorly and give goals away it's not going to be enough. Doyle is such a huge miss, Wycombe's 3rd goal, great though it was I don't think would have been conceded had he or even Smith been around, just cut through us like butter straight up the middle. But it's the same old lament of injuries that I'm getting bored with.

Completely agree with Still comments after the game, if you read between the lines I think he is very pissed off with a few individuals "not stepping up" and not doing themselves favours for their "long term future". Hope that means a fair few of the deadwood of this squad are for the chop.

Having said all that I'm not too upset, I think we'll fall out of the playoffs it's sill a good first season back and we've got something to build off for next season.

Thought Wycombe played very well and I think they will go up pretty comfortably along with the rest of the current top 3.

Where would Wycombe be without Brentford eh. 3 players on loan from us in the starting 11 and 7 ex bees in total in the team.
T

we'd be screwed to be fair. Saunders was my MoM tonight.

How have Mawson, Yennaris and Saunders got on for you?

If that was playing well, as Still said, I'm glad I don't have to go any more. Thought Wycombe were easily the better side in the first half and was worried we'd get stuffed for a quite a while. Second half I haven't seen the stats but while could easily have had 70% possession we're absolutely clueless with what to do with it. I know it's League 2 but for fuck sake what do they practice all week. Never more than three passes in a row without giving it away - no movement. Then hoof. Defense a shambles, centre midfield with zero creativity. Looked a side with no confidence so probably an unfair snapshot of the whole season esp with the injuries but that's life. Bloody hell, made my eyes hurt.

Wycombe on the other hand. Well done. Thought you were excellent. Pierre did very very well against our decent strikers and your left back really caught my eye, closely followed by the two centre mids. Honestly thought you'd fall away after Christmas with a tiny squad and two or three players moving on. Congratulations. Almost there barring a late collapse that I can't see if that's a usual performance.
T

Mawson: probably one of the players of the season.
Only seen 2 games of Yennaris and Saunders so far but they've fitted in well and are crucial cover to have at this stage of the season with (apparently) the smallest squad in the league. I'm wary that you have a 24hr recall on them but we have to take whatever we can get.

to BelizeHatter, I wouldn't say that was a 'usual' performance necessarily - other than the workrate which is consistently high all round - but I think Ainsworth got the tactics spot on, wasn't rocket science to put 10 men behind the ball in the second half and play a counterattacking game, but you still have to be savvy enough to pull that stuff off.

Still plenty of games and Bury in particular will be snapping at our heels, but it's in our hands.