We're writing a screenplay we are. It will be a horror creature feature. The premise of the film is a rogue hippopotamus.

It will either be set in the hippos native Africa or the Southern US (see poll). We have a basic plot, Ian van der Clenn is the Afrikaaner veteran of the Boer War whose family was brutally killed by the rogue hippo and he has dedicated his life to tracking down and killing it. Olly Coldman is the former slave trader reduced to riverboat captain whose boat is used by the hunters of the rogue hippo. Alan Hertsenwolff is the former Mormon missionary turned fossil fuel magnate who is killed on a fishing trip by the hippo triggering the current hunt.

We have a couple of potential endings so far as follows.

First idea is van der Clenn faces off against the hippo after all the other expedition members are killed in imaginative and gruesome ways but backs into a quicksand pit where the hippo watches him sink to flashbacks of the deaths of his family with adagio for strings playing over.

Second the hippo starves to death after killing all the protagonists as he is unable to adapt to life in the Louisiana swamps. Fading camera shot of hippogator eggs being the last scene. This will only be used if the film is set in the Southern US obviously.

We're open to ideas and requests for roles within this future cult classic, along with donations for the budget (PM for details).
D

will there be any sex scenes

We don't have any female contributors as of yet, but if we do then of course there will be one or two.

Having read that is seems a bit homophobic I suppose. Plus a gay sex scene would make the film appealing to the gay audience, My Own Private Idaho with killer hippo.

Or someone could boink the hippo.
M

What is the hippo a metaphor for? (four, fore)

The duality of hippo.
M

You may now change your vote.

And on that note, the riverboat has just been Christened the Supervixen.

This is coming along slowly but surely.

A few updates. As the Supervixen slowly winds its way down the Congo our captain van der Clenn becomes increasingly unpredictable in his temperaments and begins to take his frustration out of a young adventurer from South America who joined the expedition, eventually driving him to madness, the young man, Bry Lopez is his name, is found on several occasions eating raw fish from the river and laughing maniacally, eventually he appeals to the rest of the crew, him or van der Clenn, at which point he is left on the shore pleading to come back aboard, but to no avail as the Supervixen carries on her course into the unknown leaving him behind, screaming he'll have his revenge.

Meanwhile, down river a ways, an aging monk contemplates the future of his beloved forest and the creatures that inhabit it. As a young man from the industrial north of England he worked the railways, and after travelling the world found himself in the heart of Africa among an order of vegan monks, however his ideas have become radical, his heart twisted by the sights he has seen, unable to fully integrate himself into the order he is expelled into the forest where his dangerous ideals will ultimately destroy him, and everything he has come to love.

Craig said:
all the other expedition members are killed in imaginative and gruesome ways
Click to expand...

This one, please.
Also, are you thinking of actually doing something with this?
M

Are you suggesting posting it on the internet for a mostly oblivious audience of 250 assorted pricks and morans isn't doing something with one's art?

I'm not in it for the money.

Though donations are welcome. Brave move to make all the text on the movie poster (almost) unreadable..

i think it was a stephen king quote that says it's the element of something being out of place that provides fear. a clown standing silently in your front door holding a balloon was the provided example i believe. so considering that have you thought about maybe setting hungry hungry hippo somewhere like the cotswolds

I hadn't, however, now you mention it I like the idea of our hippo killing and maiming a load of west country bumpkins.

On the Supervixen's journey down river they encounter a Boer outcast named Pieter Pineappel, run out of his Namibian town and forced to live in the forest making his own authentic ales and hunting Nile crocodiles for a living he is fully aware of the hippo menace, and agrees to lead our crew into the heart of the hippo den, for a price....... 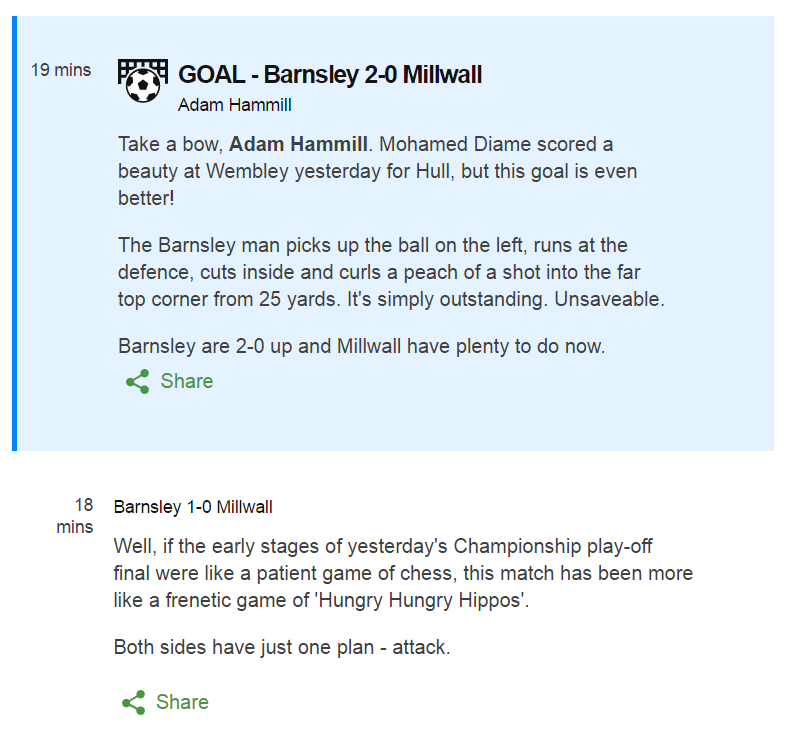 you literally can't write a script like barnsley winning at wembley.