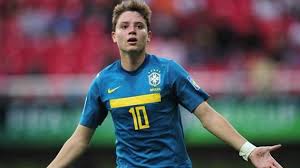 Leeds play host to Sheffield Wednesday tomorrow with a lunch time kick off serving up a tasty Yorkshire derby. The last time the two sides met in the league Sheffield hit Leeds for six.

Sheffield Wednesday have started the season well with no less than an impressive five clean sheets, four wins and sixteen points. Laying ninth on the table their fortunes and position is a vast improvement on last season.

Leeds with a torrid start have in recent games started to turn that form around and the influx of continental players are starting gel into a unit. This in mind makes for a rather mouth watering derby game which could be end to end for ninety minutes.

Leeds gained a hard fought point at home on Wednesday and kept a clean sheet against an ever pressing Reading side. Sheffield also shared the spoils at home against Ipswich. So this weekend will see both wanting to remain unbeaten but also improve on their point haul.

Darko Milanic looks likely to keep a similar shape and squad to that in which he put out against Reading. However he has hinted that Billy Sharp may get the nod to start the game after impressing from the bench. The only major change could be that of the overly anticipated debut of Brazilian flare player Adryan. The sensation from Flamengo may start or appear from the bench at some stage, which may be more likely. Either way Darko made it clear he was ready to blood the number 10 role player. And after two no shows in front of goal the Brazilian spark could be just the tonic.

Sheffield Wednesday look to follow suit and namely largely and unchanged line up apart from Zayatte who was forced off mid week. But as like it was written in the stars Tom Lees who moved from Leeds to Wednesday in the summer returned to training after injury and could be a straight swap in the centre of defence.

Sheffield Wednesday do boast a good defensive record so far this season but as with derby matches all stats go out of the window and gut feeling says this game will see goals. The story looks already written and it looks to include a plot about a former leeds defender, an ex Blade and a small Brazilian. Home advantage will give Leeds the edge, goals look to rain but Utd should run out victors thanks to goals from Sharp, influence from Adryan and most likely a gift from Lees.