Looking forward to (hopefully) getting our own back for last season

Well as the only person who predicted and wagered pre-season that Leicester would be top 6 come May.

Draw written all over it, with Vardy breaking RVN's record. Will certainly be a contrast of style though, no prizes for guessing which team will be more enjoyable to watch.

I see a Vardy penalty which De Gea gets his hand to....

Sky will be loving this fixture though, all the work is done for them, a team that has scored in every match so far this season vs the leagues stingiest defence. Vardy to try to break RvN's record vs the club that the man played for.
Probably not as dangerous for us as Arsenal because Man Utd won't likely hit us as hard when we inevitably open up, preferring to keep the ball and carve their own opportunities rather than capitalise on our own errors. Be interesting to see how Utd line up at the back. Smalling is the only one who could handle Vardy really. The others all have a mistake in them. This is assuming we don't just get outnumbered in the midfield with us generally playing 4-4-2 sarving the man of service and making this a total anti-climax.

RvN wants Vardy to break the record. He must hate Man Utd!

I can see Leicester scoring but I think the effort to get Vardy in will be something United will look to exploit. If we play with the speed of Lingard, Depay and Martial on the counter I think we'll pick Leicester off. 1-3 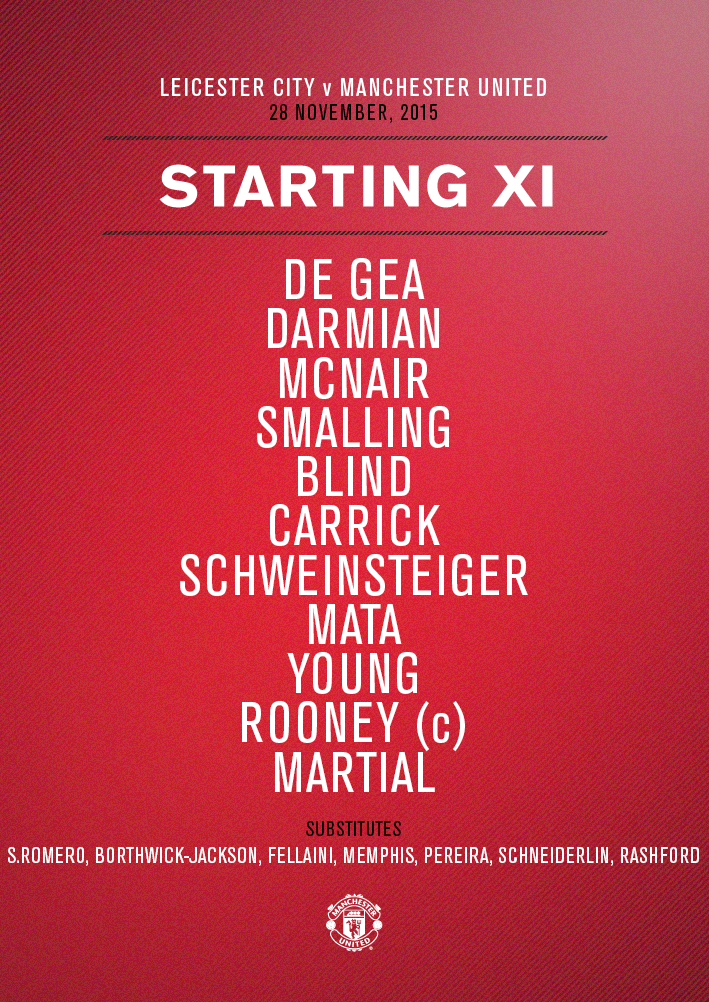 No faith in Rojo? Or is he injured?

JimJams said:
No faith in Rojo? Or is he injured?
Click to expand...

The day we all feared is here.

Okazaki really is poop for us.

Absolutely beautiful from the left back and Vardy does it again.

What a superb goal and a superb moment.

Savour this one fella.

Missed the goal bathing my kids (not a euphemism).

We all knew we weren't keeping a clean sheet!

Peter really doesn't want to say anything about Kasper for the goal does he?

Thank fuck that fell to Ulloa and not Vardy in that situation.