Sunderland to nick it.

With our struggle in front of goal I wouldn't be surprised to see this end 0-0 or Sunderland to nick it off a set piece.

SALTIRE said:
Sunderland to nick it.
Click to expand...

danbylfc said:
With our struggle in front of goal I wouldn't be surprised to see this end 0-0 or Sunderland to nick it off a set piece.
Click to expand...

The Klopp factor. Is that the honeymoon period over then lads?

So, uhm, I'd be very surprised if we didn't win. Sunderland are shit and while we are relatively (to expectations) poor, we're not a poor football team in the grand scheme of things. That's the nicest way you can put it, really.

So far, Klopp has changed essentially nothing but the main reason we're not threatened by relegation is that we usually turn up after a poor performance (quickly followed by RAWK predicting we'll win the title). Tactics don't matter too much in these kind of games, it'll mostly be down to how motivated we'll be. And considering we have nothing to play for, and Sunderland do, I suppose I should be worried. But I'm not. We'll win despite conceding, I reckon.

An improved performance against Man City and our new signings doing alright, think we might get something. 1-2

Whitechapel said:
The Klopp factor. Is that the honeymoon period over then lads?
Click to expand...

The players not performing to their best, not Klopp's fault at all they don't have the stomach for the fight in the league. Once he brings in some hard bastard Germans/Serbs/Poles, they'll improve. Only the cups to look forward to this season and they'll probably be out the FA Cup on Tuesday anyway.

Sunderland created plenty of chances against city and were unlucky not to win it. I am going for Sunderland win here.

Yep if Sunderland play as well as they did the other night then Liverpool could be in trouble, but they won't

This is just factually incorrect.

Jurgen Klopp is set to miss today's game vs Sunderland at Anfield after suffering a suspected bout of appendicitis.

Sturridge on the bench.

Mignolet strikes again. Should hold out but fucking terrible keeping.

Pffffffffft. It's the Liverpool way.

Match of the Day is going to be wank-worthy tonight.

Fuck you Defoe and fuck you mr kiddy fiddler
N

Vintage Defoe for the equalizer, made an absolute mug of Sakho. I can't see why certain Liverpool fans seem to rate him, he gives away so many goals with his with his shitty defending, doubt Klopp will stick with him for long.

we smashed 6 past Sunderland too

Saltire's cat may die this evening 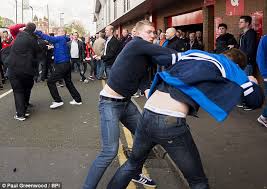 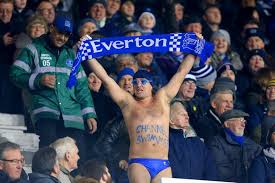 cmon who's gona be the first to want Klopp out?

johnnytodd said:
cmon who's gona be the first to want Klopp out?
Click to expand...