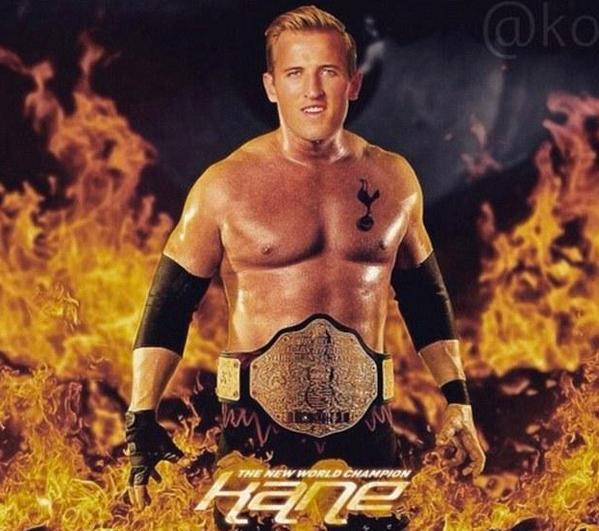 What happened to all the posts?

Just wanted to make a quick mention to Chris 'conference player' Smalling who was excellent in making sure Kane barely had a sniff. He is without a shadow of a doubt the most unfairly maligned player in the league. Hes become an easy target and takes the flack whenever our defence under performs from people I sincerely doubt have watched him play more than 10 times.

He has a long way to go until he's at the standard we need him to be and he's had is fair share of shockers but when you consider what Kane did to the leagues best defender John Terry and Kompany's regular howlers it seems no defender is immune from it. (Of course they aren't. Far too much criticism is made of all defenders who have bad games but that's for another post)

But in terms of attributes he is just a colossus. His speed strength and aerial ability means he has a ceiling higher most defenders out there. When he's on his game he can take forwards out of the game in such a way that only the really top cbs can. Obviously his positioning , passing and decision making need to improve but at 25 he still has time to do that. I dont think Kompany really emerged until around that time and there are probably a fair few other late developing CB's. His time at Rb, late entry into the prem and injuries are very legit reasons why he as such serious deficiencies right now.

Getting back to my point I think of our 3 surviving Cb's from the Ferguson era he is the only one who fills me with confidence on even a semi regular basis and for the rest of the season it needs to be him plus 1 preferably Rojo. He certainly deserves some credit for the numerous good performances he has had this year to go along wit the few bad.

Don't you like Evans? I thought he was your best defender (haven't watched you much this season, admittedly).
M

He was great alongside Rio a few years back but has seriously regressed since.

At 27 with the most experience he needed to be the leader but he has proved utterly inadequate. On top of that he was always vulnerable against strong and quick players due to his lack of physicality.

My prediction was lost, so I'll add it back.

Yeah mine to, 3-0 to United. Carrick, Felliani and Rooney all to score.

8 posts for a United Spurs game....how the mighty have fallen.

BlueBee said:
8 posts for a United Spurs game....how the mighty have fallen.
Click to expand...

Given you support a club whose fans can't remember a chant with more words than 'Chelsea' I'm not surprised you don't have the attention span to notice this.

Very encouraging performance, hopefully can gain momentum at the perfect time. I am still waiting for what I feel is our best team of

With the front 3/4 able to interchange. The Mata- Herrera arc needs to stay and Carrick and Blind are needed to protect the defence and start our attacks.

Evans has been atrocious this season. Has proven he's not at the level required whenever Rio/Vida aren't there to help him. I agree about Smalling, Scruff. He's got all the attributes to be a top player. Just needs to cut out the silly things and have a bit more belief in himself. Jones has a lot more to prove and live up to considering his price tag.
M

Has all the problems Smalling has without being a physical beast. On top of that his decision making is about the worst I've ever seen in a CB at United.

Personally I don't believe he's a CB but managers keep playing him there and pundits keep telling its his best position. For me he will at most become a good utility player used in big games as a clogger in midfield which is a role he has done very well in.