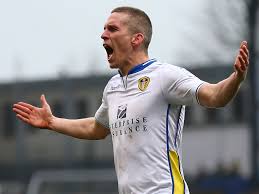 Tuesday night brings together two sides who were once upon a time a mouth watering premiership fixture season after season, but this time around the Championship pair are preparing to fight and claw to show that they still have high ambition of playing in the premiership once more. Norwich most recently relegated have the proven credentials with a squad of experience and talent. Leeds on the other hand have everything but the proven, merely the potential. But with a fan base second to none and a stadium which was once a fortress, new president Cellino is desperate to prove his young new team can be more than potential but the real deal.

Norwich go into the clash with an injury worry to Wes Hoolahan. An ankle problem picked up against Fulham puts the playmaker on the side lines and out of tonights game.
But two players who could be in contention are Hooiveld and Lafferty after training a head of the game since recovering from knee injuries.
However with a vast squad to pick from Neil Adams will surely be spoilt for choice.

Leeds on the other hand have no fresh injury worries and Darko Milanic will pick from the pool of players he took to Rotherham. Leeds fell away from home after a poor second half display which will have players who sat on the bench and the fringes of the team looking for more involvement.
Adryan came off the bench and nearly stole the headlines at the Millers but a fine save and the post had other ideas. But his display looks set to see him starting the game. Billy Sharp also will be hoping to see his name on the starting XI. Others hoping to get the nod are Casper Sloth and Sam Byram, But another striker keen to see some game action will be former Norwich player Steve Morrison.

Steve Morrison came to Leeds as part of the deal which saw fan favourite Becciho go in the other direction. A move which has not really worked out for either player. Becciho has now moved onto Rotherham on loan after being left out in the cold. However Morrison who more or less suffered the same fate has seen a last chance to make his move to Leeds the one he had hoped for. Last season saw him placed out on loan for the season at another former club Millwall but this season new owner Cellino and Manager Milanic have seen something they like and have reached out the hand of opportunity. Morrison will be keen tonight to have at least one chance at goal to show he shouldn't be written off just yet.

The game looks set to be end to end and set at pace. With the added spice of the home side looking certain to field a few ex Leeds United players who will be playing their former for the first time. Leeds fans will be hoping the Norwich scout will have the evening off after feeling like Leeds had become the canaries feeder club at one stage.

Recent results between the two have shown the sides sharing the spoils but previous to that it was home advantage that took all three points. But this season even after Norwich's great start to the campaign, 4th placed Norwich go into the game with the same shape of form as Leeds Utd. In the last five league games both sides have only won once, drawn twice and tasted defeat twice also.
Norwich will be looking to put all three points on the board to keep up with the early pace setters where as Darko Milanic is desperate to gain his first win as new Leeds coach.

You could say home advantage could become disadvantage because of recent results and may bring more pressure if Leeds get off to a good start and this could see the match swung in the favour of the away side. Norwich will be without play maker Hoolahan for the first time this season which will bring about a change of shape. Darko however has already stated he will not change his approach and style as he searches for all three points.

The outcome will ultimately come down to who creates the better chances and Norwich who will be without their playmaker where as Leeds will have a Brazilian who's bursting to show his master class. And it could be Adryan who tips the scales.