Players who don't play for your club but you like?

I will
Messi
Rhodes
Sterling

Kevin Ellison without a doubt.

Murphy said:
Kevin Ellison without a doubt.
Click to expand...

For nostalgia reasons I love Adebayo Akinfenwa, but he's probably not got long left career wise and probably can't cut it. In terms of someone I'd want, Nelson at Plymouth would be perfect for us.

I generally despise all good players who play for other clubs, especially the ones who are good enough to remember for questions like this.

If we can count our own ex players then Danny Kedwell, Billy Knott, and George Moncur, are ones I usually look out for.

I always look out for Craig Disley, Gas favourite and I've got a soft spot for Grimsby. Curo is another I've got a lot of time for and jabo seems a nice bloke.

I "like" many of our ex-players and look out for their results and performances - no matter how average they were when playing for us. I might even pop down to see Histon again as they emerge from their cocoon of shame with Steve Fallon as manager and Dan Gleeson as his unofficial assistant. Dion and Steve Claridge on the telly.

Halifax have gone up in my estimation since signing Kev Roberts and the performance of the Canaries has had more interest since John Ruddy arrived from Everton.

As for players with no connection, there are a few keepers that have been good for the banter and a few pains in the arse that have earned respect but none that earn the acclaim "like" until they pull on the shirt - although I admit that the shirt could be U's, Barrow and at a pinch Carlisle or Everton.

what can I say, I just loves me some inept journeymen.

Oh wait I thought this was ones we didn't like

JonnyWomble said:
I did think it was quite funny when Billy Kee pinched our goalies nuts right infront of me
Click to expand...

Been coming up against Ricky Holmes for 10 years now since he was at Chelmsford and love to hate him, the diving little whinger. Wish he'd joined us when we tried to get him way back when.

Noble from Exeter always has a stormer against us.
Pierre from Wycombe likewise absolute monster of a man. No offence to Wycombe fans but amazed he hasn't already gone higher.
Simpson at Orient shouldn't be playing in this league simple as that.

mtfc26 said:
Noble from Exeter always has a stormer against us.
Pierre from Wycombe likewise absolute monster of a man. No offence to Wycombe fans but amazed he hasn't already gone higher.
Simpson at Orient shouldn't be playing in this league simple as that.
Click to expand...

He's a top top player at this level, would be my League Two player of the season from what I've seen, above Simpson. Amazed they managed to get Harriman as well, I'd have thought a League One club would have hijacked the deal.

Infact, if I'm doing this properly:

Ever since the 5 month loan of Maxwell came to an end, back in 2013/14, the only player I really wanted to join us was Mark Tyler. Was going to make the mistake of saying ex scummer, but there's no ex involved now seeing as he's gone back to the scum now. A simple scummer then.

The only reason is that I wanted a solid keeper after Maxwell, and imo there's no better L2 keeper than Tyler. Yeah he's a scummer but so what, football is a business just like any other.

Then obviously, there's Rakish. He may not be very good, hell he''s not even good come to think of it, but we all like him. He also has his own thread, something that even Sir Jimmy Spencer can only dream of.

Always happy for Jabo when he does well. I also have a serious man-crush on Tamika Mkandawire.

Plenty of other players that I appreciate as footballers, but I can't bring myself to actively like any of them if they're not in an O's shirt.

I like Artur Krysiak. Bit of a cheat as he used to play for us but he's a top guy.

Properly rate Roofe, McGeehan and Michael Coulson. Also would really love Appiah, Kaikai and Maxwell to play for us at some point again
L

A name I never thought I'd see again. Was good for us in our first Conference season though massively unpredictable. No idea how Rob Newman managed to sign him.

I like Matt Tubbs, Jamie Cureton (though I appreciate he's getting on now), JJ O'Toole, that Windass chappy at Accrington, Jabo Ibehre and Roofe at Oxford off the top of my head.
L

Another vote for Ellison. Always thought well of Mark Tyler too.
Surely your own ex-players can't count in this?!
T 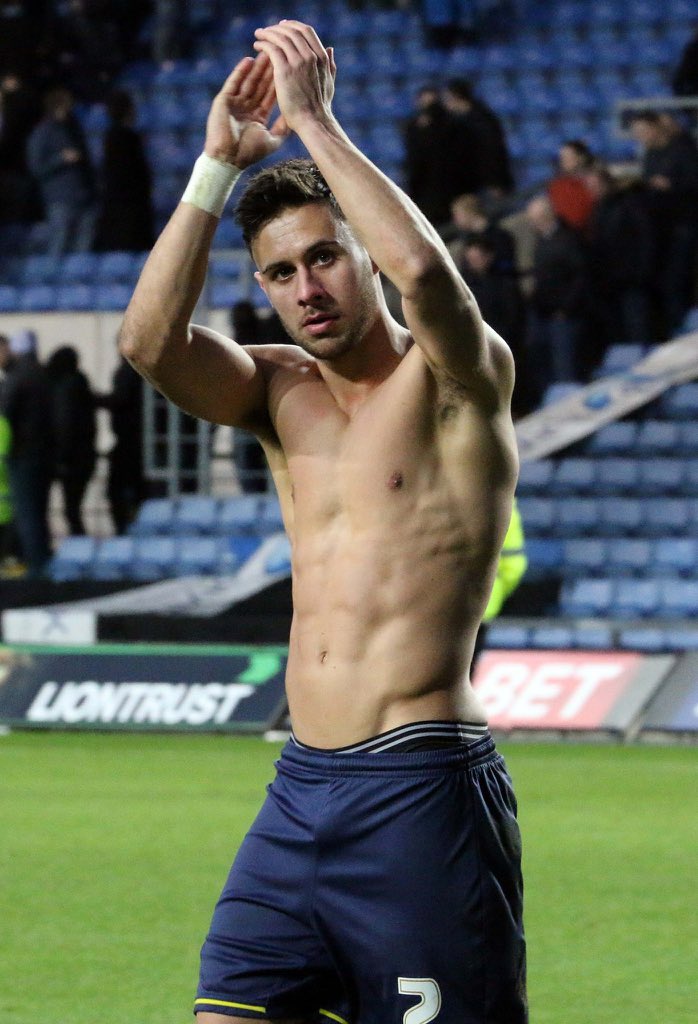 Welcome at Field Mill - Ian Greaves Upper seat 32 row M - whenever she wants to come and join me watching the passing traffic.
T

I really hoped to have killed this thread for longer than that.
T

mtfc26 said:
Pierre from Wycombe likewise absolute monster of a man. No offence to Wycombe fans but amazed he hasn't already gone higher.
Click to expand...

no offence taken and I'd agree with you.

we sure tend not to find great strikers, but we seem to do very well with central defenders for some reason.

Laker said:
A name I never thought I'd see again. Was good for us in our first Conference season though massively unpredictable.
Click to expand...

The brilliant thing about his unpredicatability was when it came to headers. I've never seen a centre forward the size of him who simply couldn't head. ''...like a 50 pence piece'' as they used to say.

Anyway, in hindsight, that season was one of the most memorable in a perverse was in my time as a United fan. It's rare to go completely into the unknown quite like we did then, Fola summed up the unknown (well, or that geezer at Grays on the balcony).

E10rifle said:
I also have a serious man-crush on Tamika Mkandawire.
Click to expand...

That's because he was blimming amazing. Travesty he didn't have a longer career in the Championship +.

He was bloody mint at Hereford (I think?) but some of the attempts at his name were impressive. ''Mm canadawire'' being one that turned up on the old Conference Vids site.

The lad from Portsmouth, Gareth Evans has always looked good whenever i've seen him.

Another decent player is Gregg Wylde of Plymouth, Graham Carey is also a good-un, unusual for Scots to do well in L2, for us anyway.

I like Aaron Pierre and certainly Kemar Roofe, who should be playing two levels higher in my opinion. The former I think we should be trying to sign in the summer, if he's out of contract.