Welcome to the Prediction League presentation, where we award the hard won prizes for those that decided to take part during the end of the 2014/2015 season. Straight to the tables. 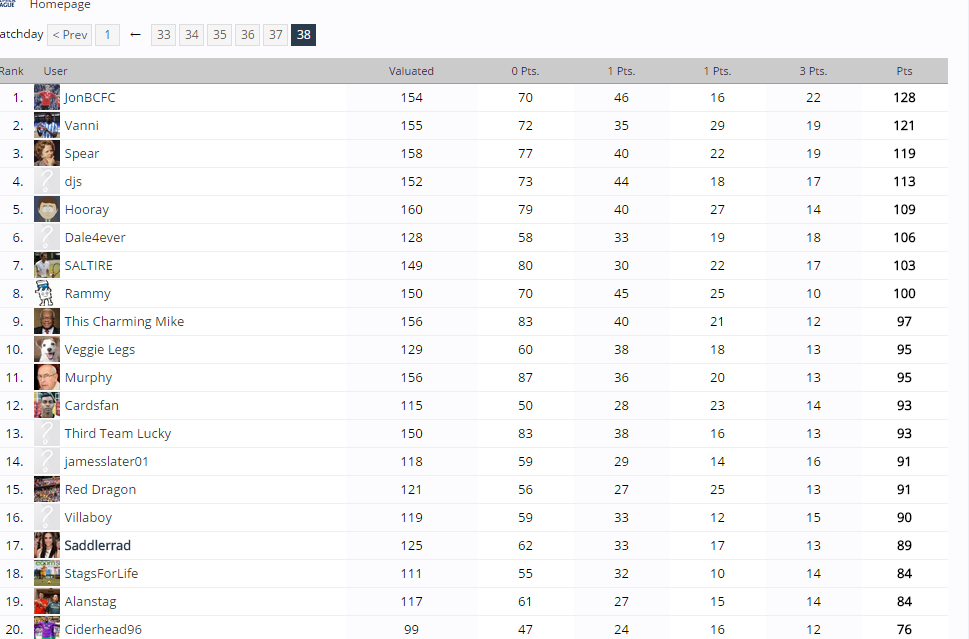 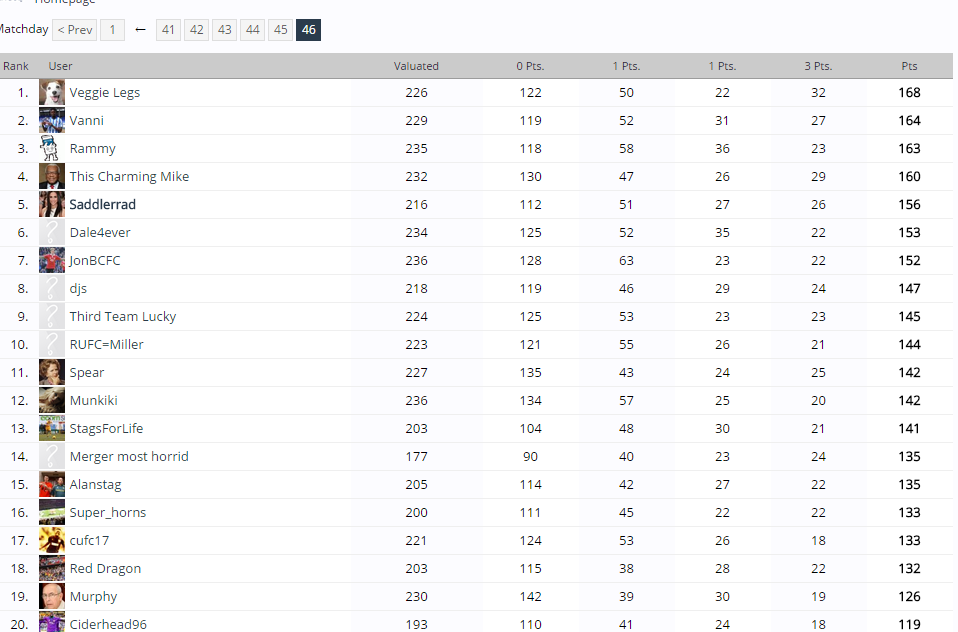 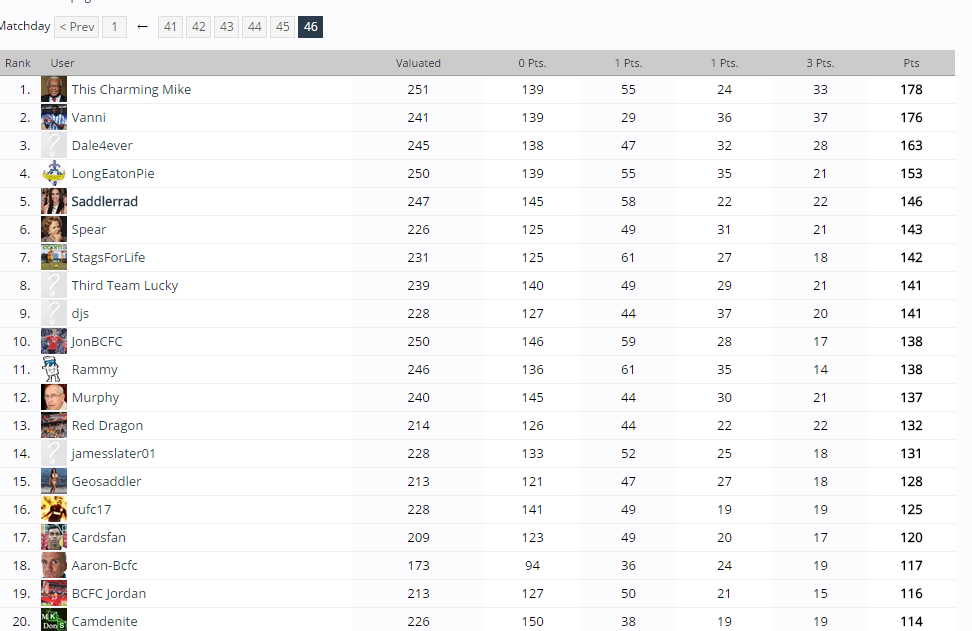 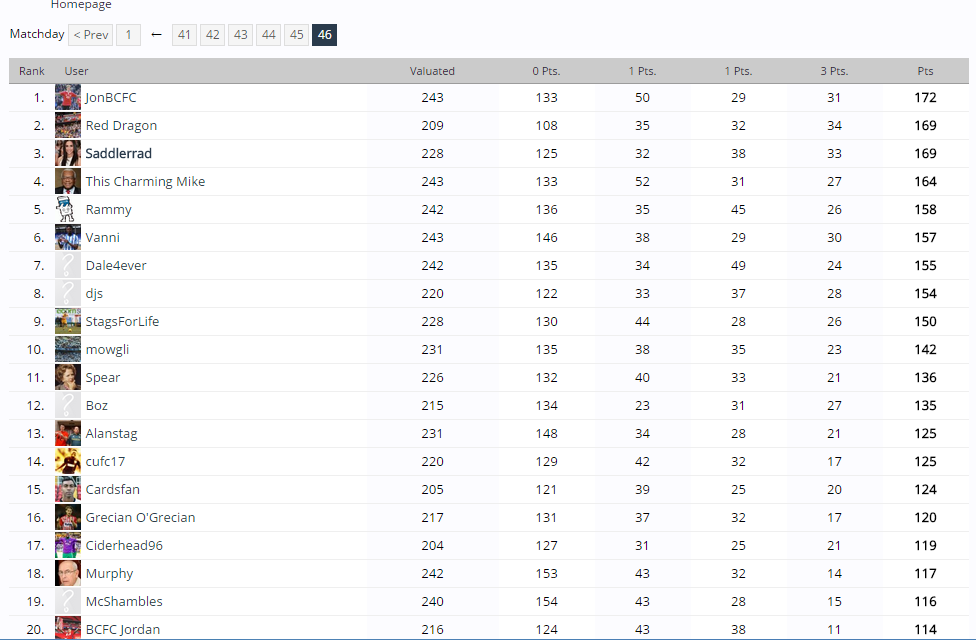 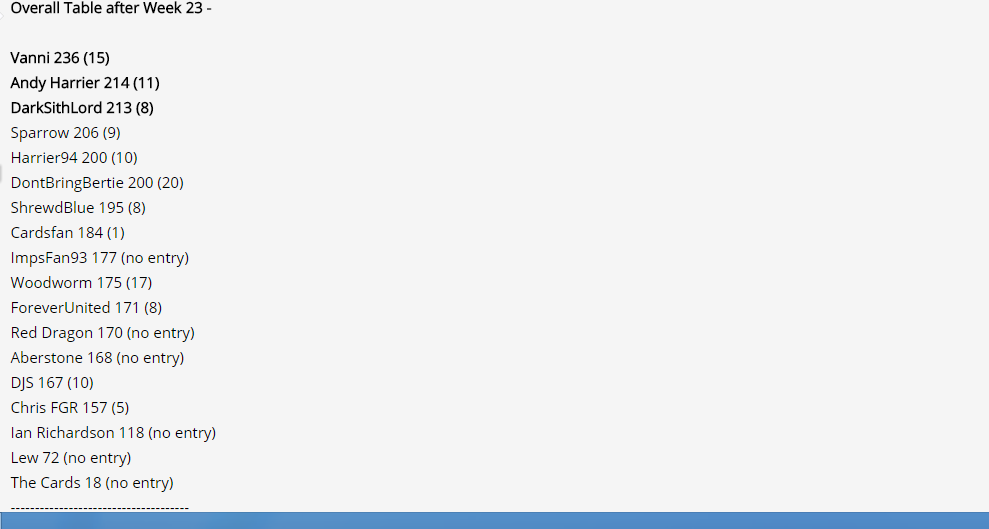 It's quite clear that the big winners through the entire top 4 divisions were indeed Vanni and Jon, who finished in the top 3 on more than one occasion and in Jon's case, won both the Premier League and League 2. The format for the Prediction league next season will be slightly different in that we will split the entire Football season into 2 broken down periods, the prizes will be halfed so that we can give 2 sets out.

In the coming days I will be organising a new thread to promote next seasons prediction league and how it's going to play out. Format and awards will be announced as we decifer exactly what to expect from next season.

Prizes will be handed out by TB either via Paypal or personal transfer.

Congratulations and well done to all the winners, we look forward to seeing you take part again next season!
Last edited by a moderator: Jun 26, 2015
T

PM's have now been sent to all winners, please respond in due course.

Many thanks,
TB
T

Hi, I'm new here and trying to seek my way around, but will there be a similar competition for next year? Sorry if there are details that I have not yet found!

Yes, there will be. I think Saddlerrad said somewhere else that it would be in two half-seasons to maintain interest.
T

Ah ok thank you Veggie Legs.
What is the 1FF Prediction League at the top of each page about? I clicked it and it shows a list of teams playing on the 7th and 8th August. We input our scores? Is this the competition?

That is the right page, I didn't realise the new fixtures were on there yet. You can select the leagues on the left, then just type in your scores and save them.
T

Yep that's correct TeacherMan - enter your scores into the box and hit 'submit' when your ready at the bottom.

I might wait until a little nearer the time Saddlerrad if that's ok. Is there normally a deadline for predictions when the comp is fully up and running?

TeacherMan said:
I might wait until a little nearer the time Saddlerrad if that's ok. Is there normally a deadline for predictions when the comp is fully up and running?
Click to expand...

Kick-off for each individual match. So if you missed the games on a Saturday for example, you could still enter the scores for the games on Sunday.
T