Simply the same as last season so mine will be £430 which is middle of the rage with the lowest being £385 and £498 for the highest in the posh Upper Graham Taylor Stand.

With us moving stadiums all our current price bands have gone down in price.

Currently at the Boleyn Ground I am paying £650 at the Olympic Stadium I have picked my seat for £499.

We've not announced ours yet, expect them to rise though, as there are more home games in the Championship, after all...
D

I was quite surprised earlier this season when they sold our champions league group games at a fixed price before the games were announced and they were reasonably priced, I assumed due to the extra number of seats in Wembley they would be taking in more money selling less still.

I wondered if they would do similar for the season tickets at Wembley, then this came out! Firstly, they're removing the two cup games you get "free" as a season ticket holder. These could potentially be two champions league fixtures so they wouldn't want to lose out there. These could also be two league cup fixtures depending on the draw, which would probably result in a half empty wembley as the reselling of tickets on stubhub incurs fees so sellers boost their prices to get their money back so sellers have to pay over the odds etc.

Anyway, not only have those two games been lost from the ticket, the prices have also increased to potentially £1700 if you want to sit in the middle tier on the half way line!

Current season ticket holders who don't take their season ticket will have to rejoin the season ticket waiting list by paying for the upgraded membership which was previously around £50 a season with approx 28'000 on it. 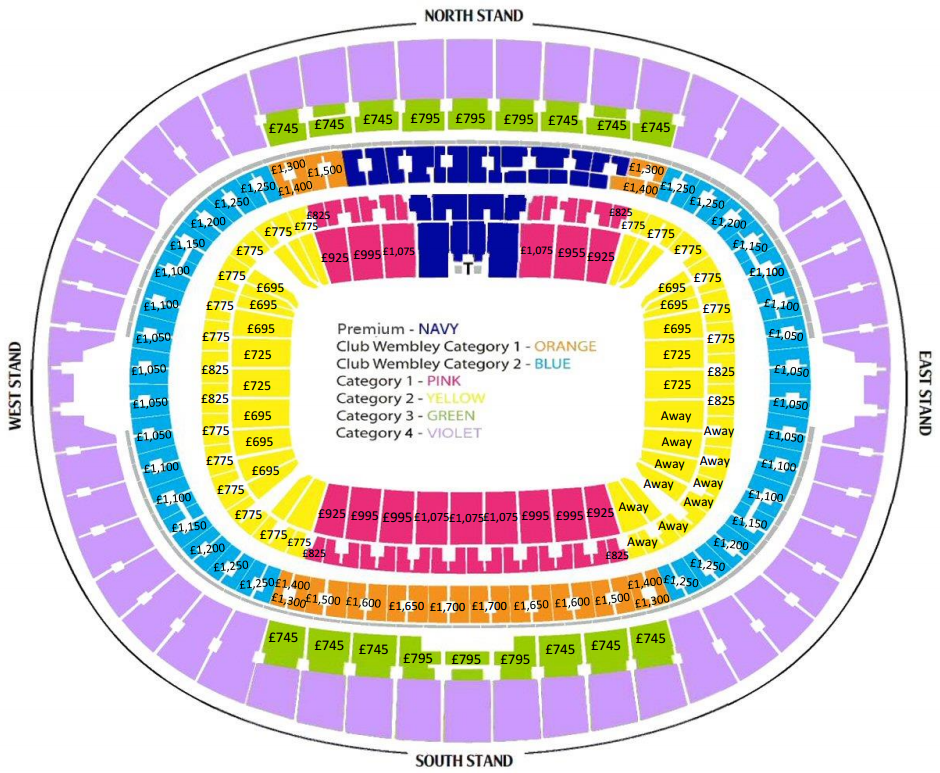