Jockney said:
re. the Mirror scene and the Rey-parents red herring. I thought that was one of the more coherent themes of the movie: renewal, demystification, etc. Yoda forces the point home with the destruction of the idols. Rey's mysterious past is irrelevant, the force is something that exists omnipresently: a set of mystical principles that govern everything, whereas the Jedi is something of a subversion, an attempt to formalise and subsequently institutionalise the principles that bind everyone together. So in a sense, Luke is right but for the wrong reasons. Ren is dangerous because he also comes to understand this fundamental epistemological discovery (through Rey) and wants to exploit it.

Hence the scene at the very end, with the stable boy and the broom. I suppose it serves a narrative purpose by freeing up the new characters to make the new film their own, while also giving the writers space to break from the established rules of the universe.
Click to expand...

thing about Rey's parentage, they make a big deal about the Skywalker bloodline and why it makes their family so strong in the force. You then have Rey perform exceptional feats (some more so than Anakin and Luke) without training and she's just a random ordinary person.

hodge said:
thing about Rey's parentage, they make a big deal about the Skywalker bloodline and why it makes their family so strong in the force. You then have Rey perform exceptional feats (some more so than Anakin and Luke) without training and she's just a random ordinary person.
Click to expand...

But I think that was the point. The 'prophecy' was self-fulfilling; the process of becoming Jedi/Sith for Anakin, Luke and Ben was underpinned by strong desire (or will to power) not bloodline. TLJ spent a good deal of time deconstructing the idea of succession, and it becomes apparent that Rey is asking the wrong questions and Luke doesn't have the right answers. The training thing, OK, fair enough (although we've had the novice plot line in every trilogy so far, so i can hardly say I missed it in this).

There are some issues with the movie, but overall I liked it. I actually think the Kylo/Rey thing was one of the best things about it.

Dunno how to do the 'spoiler' thing. So I'll try and not be quite too spoilery.

Saw it this week and enjoyed it. Some of the humour falls a bit flat, but I laughed a few times. It was certainly a bit over long and much of that came from the whole casino piece which definitely felt very 'prequelly' and the film would have worked just as well without it. The 'message' part of that could have been delivered elsewhere, or in a shorter version of the same scenes.

Obviously the film was finished before Carrie Fisher died, but there's plenty of places where it looks like they are about to throw in a new scene to address that. And by the end, there's a pretty heavy irony.

And the 'shoulder brush' was fucking brilliant.

Rey and referring to her parents was good as well. I know KR said that her parents are nobodies but I do not believe that and I think we will find out that they are brother and sister, somehow. To me, that would make sense as they can hear each other and you have only ever seen family talk to each other through the force.

The fight scenes etc were great and when thingy (forgot her name) turned the mothership (forgot it's name) through the druggernaught with light speed and it went silent; i thought that was bloody brilliant too.

Other good things as well but they were the main bits I massively enjoyed.

Bad:
Pretty much what the others said

Why did Luke trick KR into thinking that he is there, to then die anyway while sitting on the rock. He may as well have gone there anyway and then had a meaningful death.

How are people suddenly seeing other people through the force? You normally see dead people but not see others.

Reys training was pretty non existent. They spent too long doing things that didn't really matter when they could/should have built this up.

The bit that really got me, is when they were filling up the escape pods, why didn't she just say what the plan is to save any arguments and they could have just escaped straight away. Saying 'she didn't want to be the hero' was a load of shit and a shit way to justify being completely arse about face about a good plan.

There are other plot holes and random people suddenly being epic at fighting but they have been touched on above.

I was kind of amazed by how messy the screeenplay was. You could remove Finn's storyline and Poe's storyline entirely and the overall plot would not be changed one bit.

It was a mess.

QPR_Matt said:
Why did Luke trick KR into thinking that he is there, to then die anyway while sitting on the rock. He may as well have gone there anyway and then had a meaningful death.
Click to expand...

It was all about buying time. He couldn’t have just gone there for two reasons, one, his X Wing has been submerged in sea water for 30 years. It’s probably fucked. Also, light speed travel isn’t instant. If we say that he sensed the danger that Leia and Ray were in when the hanger door was destroyed and decided to help, not only would he have had to go and get the X-Wing out of the sea and get it running again, he would have had to have travelled the same distance that Ray had done.

Second, had he actually been there in person, he would have been killed by the first AT AT blast instead of KR blowing a chunk of the planet away and him walking out with a brush of the shoulder. He presumably knew that the astral projection might kill him so its still a meaningful death. Not to mention that no Jedi deaths are truly meaningful as they can come back as ghosts. There’s no way Luke isn’t in the next one!

Wasn't sure what to make of it when I left the cinema but on reflection I can't help but think it was pretty poor. The dialogue was awful throughout and they overdid the Cheese, I know its Star Wars but usually they know when to tone it down. Think they tried too hard to make it a comedy, with loads of childish humour, definitely Disney-fied.


Leia doing a superman through space was very cringey and makes a mockery of some scenes from earlier films.

Agree with an earlier post that Finn sacrificing himself to take out the cannon would have been a good moment.

Rae's mastery of the force with no real training also kind of shits all over the original films.

Also feels like we've been conned out of Snoke's back story, following his pretty lame death.
That 'Godspeed Rebels' line can fuck off.

this is gonna be great

Worried this is going to be a car crash. This movie had such a troubled production, its hard to see how they can piece together a good film out of it. Although, I suppose Rogue One did alright and there were clearly 2 versions of that film that were produced.

Aye it has a few iffy moments from the trailer, but also some moments that look a hoot. This is what Star Wars should be all about, adventure and fun just like the original film back in '77.

I think it's time to reignite this thread given the teaser trailer for the final film has just come out.

Looking back on my thoughts on the Last Jedi, I was way kinder to it immediately after release than I should have been. It's a trash movie which undercuts so many character arcs, personalities, canon from the existing universe, all in the name of 'subverting expectations'. I despise what Rian Johnson and the writers for VIII have done to this trilogy and I pity Abrams trying to come in and salvage a workable story from the mess left behind after the last film.

The trailer for IX though makes me a touch intrigued. Some interesting choices seem to have been made and I'm actually wondering where they go. 'The Rise of Skywalker'? Does this imply Rey is a Skywalker after all? Kylo is a Solo, so it can't be him. Definitely can't be Poe or Finn. So it must be her, unless they are talking about the ascension of Luke and Leia, which would be a weird title for this film, naming it after 2 dead(or soon to be killed off in Leia's case) characters.

But if it is Rey, then how do they work that after it isn't even hinted at in TLJ? It just wouldn't work. How can they make her a compelling character given she hasn't lost or really suffered that much? Luke talking about teaching her all they know? Er, what? That's barely accurate.

What do they do with Poe and Finn? How do they turn Poe away from the douche bag he was in VIII back into a decent guy in IX? How can they actually make Finn does something which matters to the plot and give him....you know....actual character development that makes sense?

They also seem to be going with Kylo turning back to the dark side fully, but again, I don't know how they salvage his character after some hints at him turning in TLJ. If they do turn him, where is Rey's victory? And if he stays evil, then why would anyone care if he does. All he's done is get beat by a barely trained Mary Sue and get shit on by everyone. This isn't a character you would feel happy seeing fall, we've seen it before. Don't know how they salvage him.

I see Lando is back for one last hit of nostalgia after they got rid of Luke, Leia and Han.

Also wondering what sort of overall story they dig up that doesn't feel repetitive. Lemme guess, the first order is trying to develop a weapon to kill the rebels, or chase them down and kill them. And the rebels will somehow find a way to win, even though they have nobody left after the last film. Not like we haven't seen this several times in these films.

But the big reveal is that Palpatine is back. He can't have survived the fall in ROTJ and been in hiding all these years. And if he is back as a force projection, how do they work him into this story? Is he the mastermind behind the first order all along? When neither Snoke nor Kylo doesn't refer to him. And again, I take it they are just going to pretend that Snoke never existed? How do they tied up his origins and importance to the trilogy.

The more I think about it, the more I just don't think they can make a workable movie out of this. There are too many contradictions, plot holes, issues that TLJ created, that can be solved. If Abrams can make this into an even half decent movie, then he deserves a best director nomination.

So, sorry for rambling there. Interested to hear others thoughts on this. 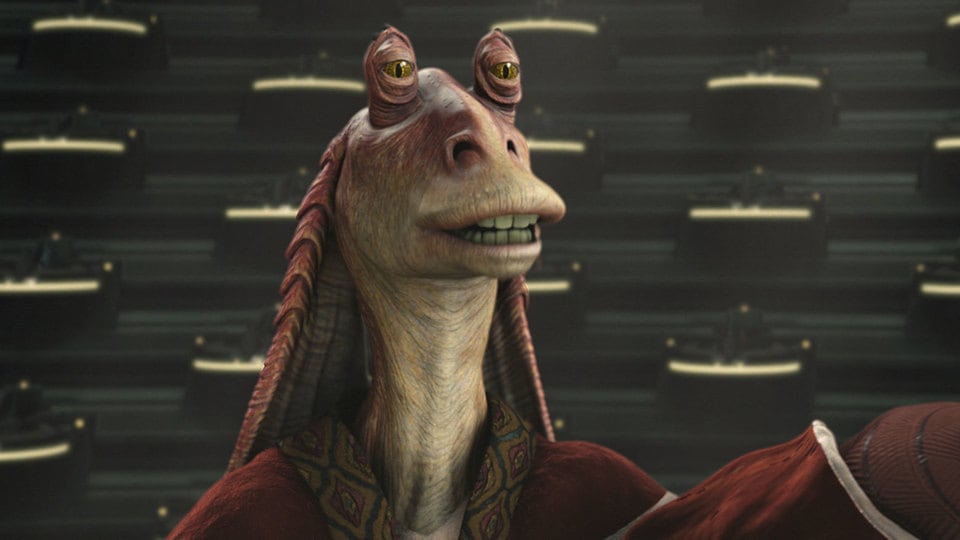