Just struck me, Yeovil could be very shrewd here if Still wants to go there.
L

Not surprised but I do find it quite amusing that both Money and Still have been sacked in roughly a month of each other - both took their sides up and had decent first halves of last season before falling apart second half and this term, clubs in similar places in the league etc. 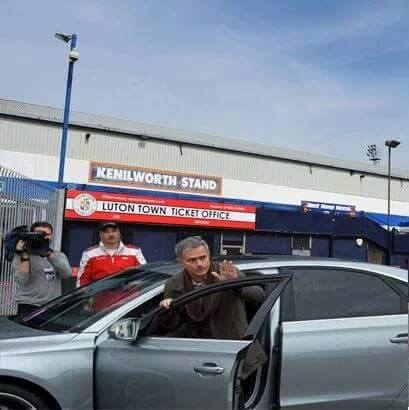 Would be good if we could get him in until the end of the season to help us stay up. I can't see us sacking Burnett so maybe as a coach/DOF or whatever we call it.

I really didn't think 2020 would pull the trigger. They had Still lined up before and he was perfect for his task. Hoping they're going to be equally successful with this appointment.

Would love to get a Jimmy Floyd Hasselbank type. Imagine he's looking up not down. A bit of flair with nouse would be good.

Can't work out why wr have kept Terry Harris- Anyone? Understand Hak - IF being groomed and next manager wants him but can't see why Harris as he's attached a the hip to Still.

BelizeHatter said:
Can't work out why wr have kept Terry Harris- Anyone? Understand Hak - IF being groomed and next manager wants him but can't see why Harris as he's attached a the hip to Still.
Click to expand...

I guess they want continuity in the gap between the sacking and getting a new guy in. I'm with you in that I think a completely clean break was needed, but judging by the internet advert for applications, we don't have anyone lined up yet so there might be a few weeks until an appointment is made. In that case I suppose we do need some stability in the interim.

Whoever the new guy is should 100% be offered the chance of a clean break and bringing his own coaching staff in though. Harris and Hak are John Still's men in every way.

I just hope the plan isn't to give Awford every chance of getting the job himself, even if he does well as a caretaker he'll only be mirroring how it went for him at Pompey so I'd have grave reservations...

i wouldn't mind seeing david pleat and his zimmer frame come back in as some form of mentor over a new and up and coming protege....maybe brian stein???
"who put the ball in the arsenal net?" bruno...bruno....

Judge Dredd said:
I guess they want continuity in the gap between the sacking and getting a new guy in. I'm with you in that I think a completely clean break was needed, but judging by the internet advert for applications, we don't have anyone lined up yet so there might be a few weeks until an appointment is made. In that case I suppose we do need some stability in the interim.
.
Click to expand...

They're not attached at the hip to be honest. Harris was with us long before Still arrived at Daggers. He took Harris with him obviously as they'd had very good success together with us.

However, I have heard from a reputable source that Still is retiring at the end of the season anyway so I imagine Harris will need to stand on his own two feet.

I do think John Still is effectively retired now anyway. I think this decision has just forced his hand. There were a few noises in the summer that it would happen sooner rather than later. If it is the case, he has to go down as an English managerial legend for me.

I did have a giggle reading some of the comments on the Dagenham forum - how they want him back just for the rest of the season, but not pay him? Get in the real world!

See in the Daily Mail this morning that John Hartson has applied for the job, at the club which gave him his chance - not really sure what to make of that to be honest.

Not sure full stop to be honest who I'd want in. Paul Ince, Graham Alexander, Paul Ince, Lee Clark, Mark Cooper, Phil Brown have all been mentioned. I think they're all much of a muchness. Now, I felt the decision to sack Still was the right one, but I've no idea who to replace him with.

My choice would be for us to have a go at nabbing Paul Tisdale. Some have mentioned also going for Gareth Ainsworth, but not convinced by that one.

So glad that we managed to get Cooke.

Been there too many times in the recent past. So difficult to know what to do. Big name/no experience, pick of the bunch from the unemployed list, poach a manager from another club, give it to the caretaker. All such a gamble, and not a nice play to be.

We were always linked with Tisdale, and was a fairly popular choice amongst our fanbase. Was quite surprised at the number of Grecians who were happy to lose him, and felt he'd gone stale there and taken them as far as her could. Obviously, that may not have been a true reflection of the overall feeling.

Not that i want Exeter to lose their manager, but i'd be very interested to see how that appointment goes if it came off.

Would rather genuinely shit my pants in a public forum than have Ince or Clark tbh. No "big name" please.

Kenneth E End said:
I do think John Still is effectively retired now anyway. I think this decision has just forced his hand!
Click to expand...

I think the old dog has one more stint left in him. Ahem.

I'll raise you a Barcelona, Real Madrid, Atletico Madrid and Serbia manager... Raddy Antic anyone? Recently managed in China.
Wonder whether he'd have any interest in applying?

Rumours are circulating that Burnett has gone...could it be that JS comes back for a short-term deal?

I've heard numerous bits and bobs today that suggest Stilly could be returning tomorrow at around midday, with Burnett moving upstairs in some capacity.

I recon you might be over qualified, as you know how the game of football should be played. I'll let them know of your availability if they give me a bell.

Apparently Chris Wilder has become one of the favourites?

If Chris Wilder has become one of the favourites at the bookies then i think its fairly apparent that no one has a clue whats going on.
L

Well he was linked with us after Money left but I'd say Northampton are just a little more sturdy now.... but stranger things have happened....

Swindon, Cambridge, Chesterfield and now Luton that Wilder has been favourite for. I'm not worried

What's this I've been seeing about David James this evening? Doomed to failure if he's appointed.