TeamTalk are compiling a dodgy decisions for and against throughout the season. So now we can all continue to bicker about who's being cheated the most.

We are the clear winners currently. To be fair we have had some shockers this season: 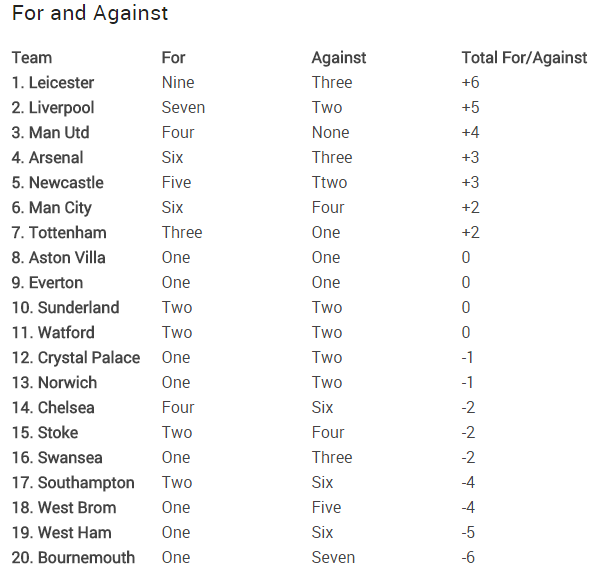 We had an offside goal vs West Brom to give use the lead in a game we won 3-2, so that could have been a draw, there were pen decisions too which could be deemed dodgy so that game could be put down as a +3. Then there's the Zaha penalty/dive vs Palace which would have made it a 1-1 draw, so we're +2 for that. Other than that, don't really know where we've got anything contentious. One of Mahrez's goals was offside against Swansea but we were already 1 up and won 3-0 so that wont count.

Edit: Oops, I was under the impression the +6 meant we had 6 points more than we should have thanks to dodgy decisions, not that we're simply up 6 in decisions for and against.
Last edited: Dec 7, 2015

PDS said:
Getting in the obligatory 'even Arsenal are fourth in this table' comment too
Click to expand...