I figure there's enough of us superhero nerds to make this thread worthwhile, or at least me and Oaf can shout AWESOME at each other in a corner where we're not going to bother anyone.

So yeah, as Ginola posted in the upcoming releases thread, Spiderman has officially joined the MCU. I guess most fans will be delighted, but personally, I feel a bit disappointed. Before I got back into the whole forum thing, I posted this on Facebook.

I actually hope it isn't true. Having Tobey Maguire or Andrew Garfield's Spiderman join up makes no sense whatsoever as there has been no reference to The Avengers or vice-versa. Pretty sure they'd be aware of each other. SHIELD would certainly have got him onside.

It'd only work if they recast (which is the talk), but I don't want this either. Shoehorning Spidey in suggests that they don't have faith in their Phase 3 characters (Dr. Strange, Black Panther, Ant-Man etc) to carry the series. Guardians proved this theory wrong.

Really, I want the Andrew Garfield Spiderman to continue. The films have both been great and their future plans seem sound. Sony has little to gain by letting him go.
Click to expand...

It seems that Sony are holding onto the rights, however so they aren't letting him go.


Lady Sif is returning in the second half of the season.

I'm actually pretty damned happy with this news. It does look as if they will be recasting him and then rebooting (AGAIN) the Spiderman franchise with a new movie after Spiderman shows up in a future MCU film, which kind of sucks in one way but long term may be for the greater good.

It sucks because Garfield is awesome as Spiderman. I have to admit, I am still yet to see Amazing Spiderman 2 (somehow) but I thought he nailed the role of Peter Parker in the first movie. Also, it does kind of make this whole "amazing" series now feel a bit redundant. Are they still doing an Amazing Spiderman 3? I'm not even sure. Also, what does his hold for Venom and The Sinister Six and such?

But for the positives... first, while Garfield is superb, he is like 31 or something now. He looks young, but there must surely be a limit on how old you can be while getting away with playing a teenager. He can't have too long left in him as Spiderman anyway... plus, like Jarvis said, it does kind of get around the whole deal where they haven't referenced one another thus far. So it allows them to be more of a cohesive unit.

I guess at the end of the day, yes, there are things I dislike about all of this, but seeing Spiderman get to team up with Iron Man and company (and have his proper involvement in the Civil War movie, hopefully) will probably make it so that by the time all of this stuff happens, I won't even care about those negative points. 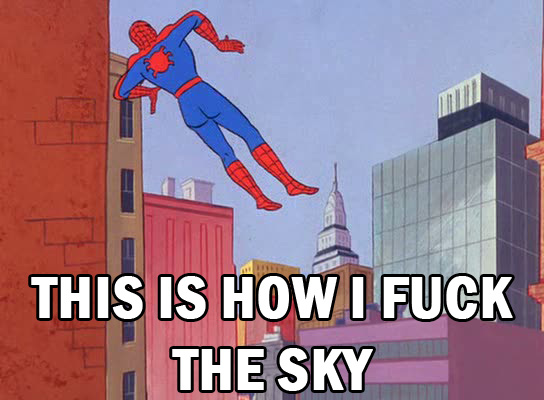 Always going to happen ever since he started running his mouth about the way things were done. It's the right decision though - it is a reboot after all. As long as they don't go back to some outrageously camp performance like Tobey Maguire did. I don't really like Spiderman anyway.

There's only one way I can see this working.

There'd be a shitload of people bitching about it not being Peter Parker though.

They've already referred to the individual films as "the story of Peter Parker" or something though, so that pretty much rules that out (at least at first). Though yeah, as you said, people would probably bitch.

I'd be ok with Miles Morales if it meant Garfield can carry on Amazing Spider-Man, them two films were great, especially 2. Looks like it's gonna be another reboot & casting though. Unless...

Jarvis said:
There's only one way I can see this working.

There'd be a shitload of people bitching about it not being Peter Parker though.
Click to expand...

This. Miles makes for a far more interesting and exciting character than Parker imo. But yes, after the casting of 1FF and the like, there would be an uproar by some.

I'd be more excited if F4 got integrated into the MCU,
Not for the F4 themselves but for Silver Surfer
and of course...

Anyone been watching Agent Carter? Only seen the first two episodes but really liking it so far.

I actually rewatched Captain America: The Winter Soldier last night. What a superb film. Though I noticed something I'd managed to somehow not notice before... on Nick Furys fake grave:

Yeah, those loads of little references in that movie, from the Stephen Strange name drop to the arrow necklace that Widow wears.

Daredevil starts in April on Netflix, and they also have Iron Fist and I think Luke Cage & AKA Jessica Jones. Anyone know if all these are part of MCU too?

Smally said:
Daredevil starts in April on Netflix, and they also have Iron Fist and I think Luke Cage & AKA Jessica Jones. Anyone know if all these are part of MCU too?
Click to expand...

yes they all are just like Agents of Shield and Agent Carter. Though I believe Daredevil is more stand alone and won't reference other events in the MCU as such.

The whole series of Daredevil in one go! Amazing!


Supposedly Peter Parker will be going back to high school as marvel want a young actor who the character can be based around for years to come, Andrew Garfield at 31 too old. I wouldn't mind them going for Josh Hutcherson, saw footage of his audition for where he got pretty close before being beaten by Garfield and I reckon he could pull it off, also 22 and could be made to look younger, as well as having already been in big movies.

Also there is a rumour going round that Iron Man will appear in the Spider-Man film where the oppening sequence is a fight scene between the two characters which could be Spidey's test for joining Iron Man's Avengers if events of Avengers 2 and Civil War see the roster expand then split.

Hutcherson would be shite.

I thought the rumour of Miles Morales as the new Spider-Man were quite interesting. Sadly, I think that's as far as it'll get.

I liked Garfield's Spider-man. Three Spider-men in the last ten years just isn't very good. Although they don't get a lot wrong with comic to big screen adaptations these days.

Another trailer but this time there are quite a few different shots and we get to see a glimpse of Vision...yay!

Incredible trailer, shouldn't have to release anything new now in the build up.

Yeah, watched that earlier, looks very good. Very similar to Arrow, but that's not a bad thing. Really looks like they've got Daredevil right... I actually can't wait to see how it turns out.

Expect some crossover with AoS then, even if its just Murdock as a lawyer, maybe one of Coulson's team gets framed and Murdock represents them.

Not feeling his all black outfit though.

Anyone up to date with US AoS episodes?

Did anyone else think...


That Coulson's back up was going to be Hawkeye? Rumoured to appearing this season, the other person I was thinking was Ward but didn't expect Deathlok, some serious firepower on Coulson's side if Ward/33 start helping them and Bobby looks like she will be swapping sides before the end of season.

So, has anyone watched any of the Daredevil episodes yet? Saw the first one earlier and really enjoyed it. Just got to try and find the rest!