WE ARE GOING UP!

Feel totally free to congratulate your MASTERS on this thread.

Congratulations on being the least rubbish side this season.

Back in the DHSS

Champions of non-league, what an accolade!

But seriously, congratulations. Hopefully we'll see you there (but I doubt it).

And I'm allowed to go to football games without a persons (missus) permission. You are pathetic.

AÐALSTEINN said:
And I'm allowed to go to football games without a persons (missus) permission. You are pathetic.
Click to expand...

Lay off the personal insults please. Thank you.

EDIT - Changed my post as I dropped to the above poster's level which is not like me.

Such a graceful fan. I think most of us realise how hard the team and squad have had to work this season to get us where we are. Just a shame certain fans are always out there fishing for a reaction!

And Si Robin viciously attacks me on Twitter. Such a frustrated (controlled) young man.
B

Pretty certain we will win the league next week, or failing that the week after. After the previous two seasons it's a really special feeling to see a team play for each other and winning most weeks.

Interested to hear how Cheltenham assuming they are champions compared with us, Barnet last season?

Well done, Cheltenham. The most consistent and solid team has won the league. They looked a well-drilled side when they beat us 1-0 earlier in the season and from a couple of TV appearances I've seen that has been backed up. I said after our defeat, similar to the Cambridge side that won promotion - nothing incredibly spectacular but gets the job done. The signing of Dan Holman in January secured the title. They saw an in-form striker and acted. Well done to Gary Johnson, I questioned whether he could do it in this league and he has.

Ban Fat Stan said:
Interested to hear how Cheltenham assuming they are champions compared with us, Barnet last season?
Click to expand...

They're tighter and more organised than you were but not as explosive. They're also more consistent. Other than a few very minor wobbles, I've always felt that Cheltenham were gonna win. As opposed to you lot who had a substantially dodgy patch or two if I remember rightly? When you were on form though, it felt like you were gonna hammer teams. Especially the bottom half teams. Also, where you had a big striker who could fall over in the box and win penalties they've got a tall midfielder who can fall over and win free kicks just outside the box.
Last edited: Apr 10, 2016

I feel this Cheltenham team is more rounded than Barnet 2015. When John Akinde wasn't scoring, they struggled if I remember correctly, whereas the goals are more evenly spread with this Cheltenham side, and they're a bit better defensively - yet as has been alluded to, Barnet had a bit more offensive power when they were fully "on it".

Cheltenham will be fine in L2 next season, I have no worries there.

Didn't realise they have only lost 5 games, we lost 10.

Definitely with Lee cook, luisama we had flare and some brilliant goals

We also led the league from the start so that's a lot of pressure especially when Bristol are chasing.

We've scraped quite few games this season, there's been a number of occasions when we've conceded late only to go on and snatch a draw, or even a win, even later. There have also been some poor performances which in League 2 would probably have ended in defeat, but again we've scraped a draw or win.

However, in the main, and especially at home, once we've got ahead in a game we haven't lost it. In fact, I don't think we have lost any game from a winning position, and only a few times (Lincoln, FGR twice and Eastleigh) have we been pegged back to a draw.

A good solid team and no mean feat bouncing back first time of asking. Congratulations.

That said they are one of the least impressive Champions of the past few seasons. Nowhere near as good as Luton, Fleetwood etc.

See you in league 2.

Hahahahaha yes I've met him a few times. Still he's blocked me on twitter so every cloud has a silver lining.

They don't have to win it, you're giving it to them...

slaphead said:
They don't have to win it, you're giving it to them...
Click to expand...

Completely agree. But it's a bit silly celebrating when you haven't actually won anything yet do you not think?

As has been said, nowhere near as good as previous champions but better than Barnet last year. Cheltenham are rounded, Barnet were reliant on Akinde. As long as they keep Johnson, they'll be fine in L2.

With players like Pell however, they definitely play the ref a lot more than previous champions but they have been so much more consistent than every other team this season.
C

PaulHaddock said:
As has been said, nowhere near as good as previous champions but better than Barnet last year. Cheltenham are rounded, Barnet were reliant on Akinde. As long as they keep Johnson, they'll be fine in L2.

With players like Pell however, they definitely play the ref a lot more than previous champions but they have been so much more consistent than every other team this season.
Click to expand...

In fairness up until the game against you I don't think we played the ref enough, it's something every side does (and has to do, to an extent), but we never seemed to take full advantage of it.
L

AÐALSTEINN said:
Feel totally free to congratulate your MASTERS on this thread.
Click to expand...

I think Adalstein could be this guy: 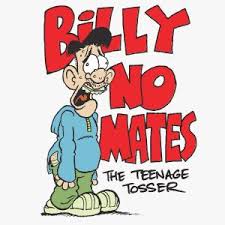