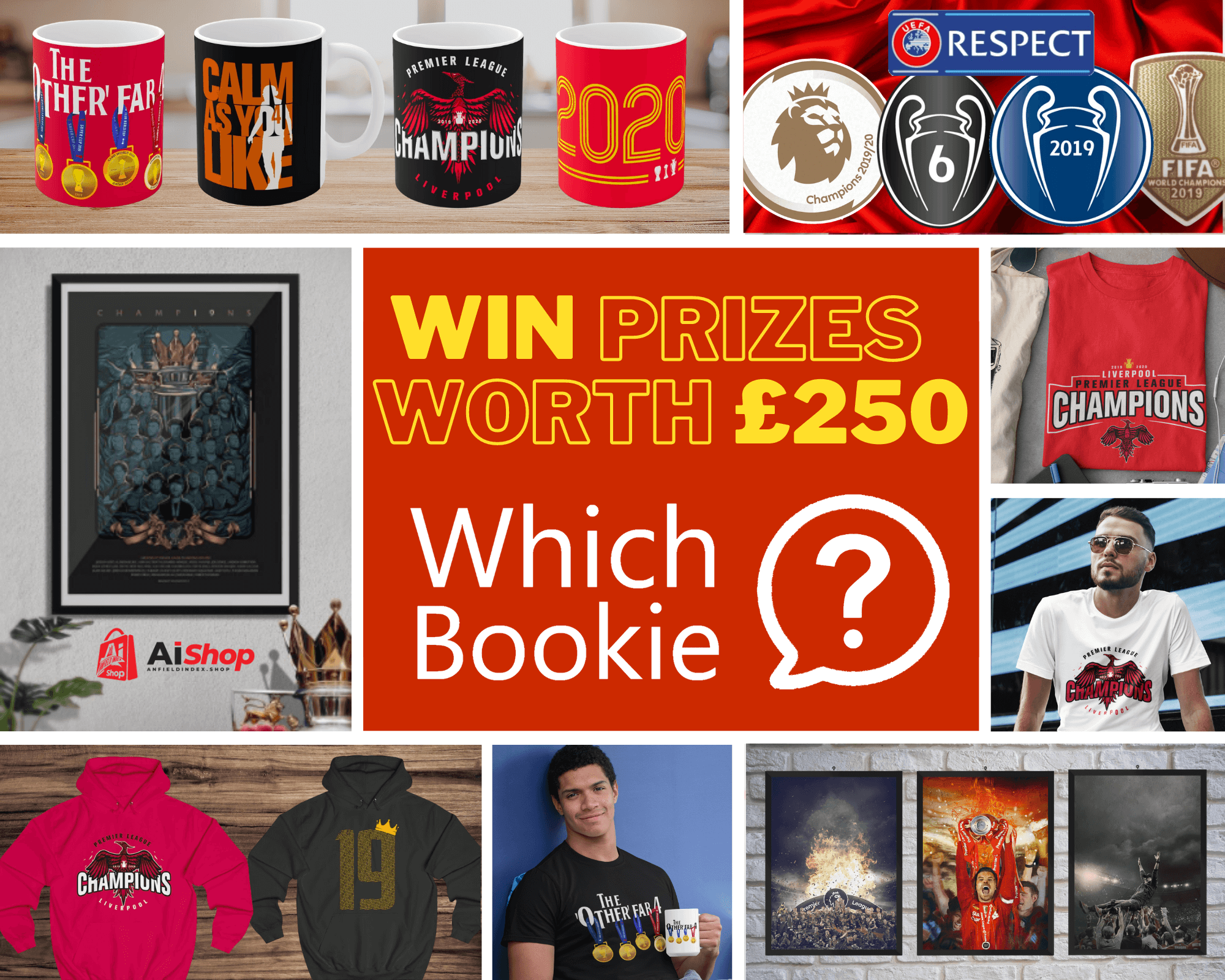 The last year has been truly memorable for Liverpool fans. Victory in the Champions league final was followed by double success in the FIFA Club World Cup and The UEFA Super Cup cementing Klopp, and his Red’s outfit, as true legends. However, the one fans really wanted, after waiting 30 years, was the Premier League title- which they clinched in outstanding fashion last season.

To mark the triumph, leading bookmaker comparison site whichbookie.co.uk have teamed up with Liverpool fan blog Anfield Index to offer the fans the opportunity to win £250 of Liverpool merchandise including s range of fabulous hoodies, mugs, badges and some stunning picture frames.

To be in with a chance of winning, entrants must cast their mind back to the early 90’s and decide who was in the dugout when Liverpool won the title then. Was it:

To enter fans must visit this website here and submit their details, along with the correct answer. Entries close on 16th September at midnight so act fast to be in with your chance of winning!
You must log in or register to reply here.