I have been going through boxes of crap post-decorating and found some photos from my uni days (circa 2001-5). It all looks dated now - clothes, haircuts, the other misc. bits of semiotic detritus that inhabit the margins. It officially belongs to a different era, like a parachute pant wearing man from the 1980s, or a shell suit clad East 17 cast off from the 1990s. Looking at this stuff made me feel old, obviously, but it also made me think about the here and now, leading me to ponder which bits and bobs of our current world and its various aesthetic tics will jump out as comical and archaic at a similar temporal remove. What are the things that the 2016-set remake of Life on Mars would use as a shorthand for the period? What will Michael MacIntyre Jr be LOL-ing at on I Love the 2010s?

I love my skinny jeans so much.

Reckon the piercing phase we seem to be going through (especially with guys and the septum piercings) will look dated soon...says the guy that's just gotten one (not septum mind).

blade1889 said:
I love my skinny jeans so much.

Reckon the piercing phase we seem to be going through (especially with guys and the septum piercings) will look dated soon...says the guy that's just gotten one (not septum mind).
Click to expand...

I loved my shell suit.

blade1889 said:
I love my skinny jeans so much.

Reckon the piercing phase we seem to be going through (especially with guys and the septum piercings) will look dated soon...says the guy that's just gotten one (not septum mind).
Click to expand...

Well, it's been going since the mid 90's so I can't see it stopping. 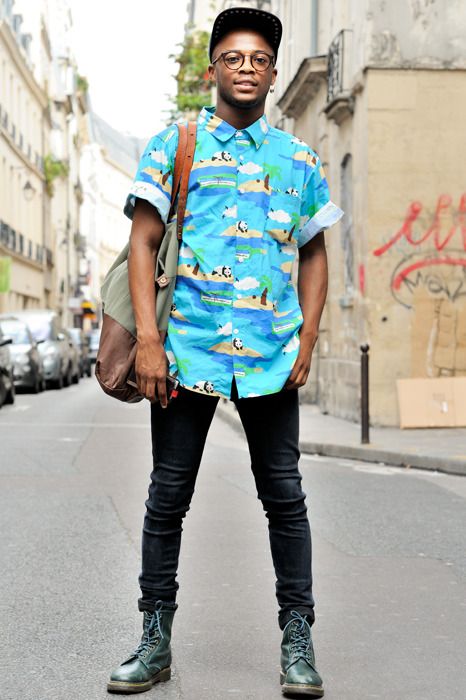 The hat, the glasses, the shirt, the bag, the jeans, the shoes. All will be ridiculed. Heads will hang in shame. </pagnell>

The near omnipresence of beards is a good one.

Yes! Plus contemporary juke/footwork (unlikely to be talked about by Michael MacIntyre Jr, granted). Dances, from the charleston to the twist to breakdancing, are always very evocative of a specific era, aren't they.

Have you ever watched a Wham video from the 80s? No one suspected George Michael was gay.

That, but Leicester City and doping.
M

mnb089mnb said:
That, but Leicester City and doping.
Click to expand...

Are you alleging something specific?

Martino Knockavelli said:
Are you alleging something specific?
Click to expand...

George Michael is a homosexual.

Stop beating around the bush.
M

"Remember that thing, yeah? Like how we had the 1970s and all the incredulity to metanarratives stuff? But then like in the 2010s we just had.... like... nothing? Instead... well, it was like... an infinite metascape of rogue nodes farting out white noise for smaller and smaller and increasingly atomised audiences interested only in consuming "content" which confirmed their pre-existing weltanschauung. What was THAT all about mate!!!"

Perhaps they'll reminisce about all the talking head programmes we used to have.

On reflection those talking heads programs are already an obsolete artefact aren't they. The young uns now have "YOU KNOW YOUR A 90S KID IF..." memes on Twitter or whatever social media network they actually use to facilitate the kind of hijinks I did not nor will ever experience.
D

Definately. Anyone who looks at pictures of their dads in the 70s and laughs at their moustaches will be in for a shock.